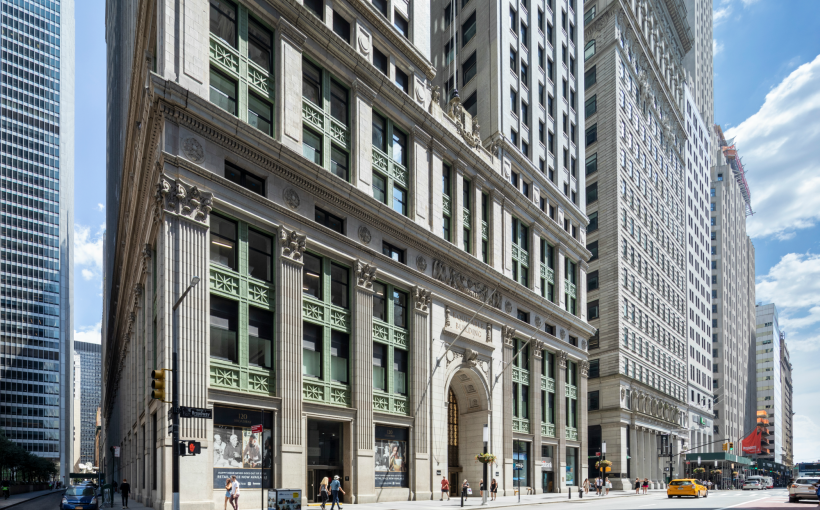 “Our capital improvements not only celebrate the building’s rich history and ornate architecture, but have also introduced lifestyle-driven amenities that inspire and energize today’s workforce,” said Joseph Artusa, SVP of leasing at Silverstein Properties. “The result has significantly improved our tenant experience, creating a 21st century workplace with a distinct New York character.”

Along with restoring the building’s lobby and expanding the property’s retail spaces, the capital improvement program also reimagined and reopened the original Bankers Club. At one time an exclusive private dining facility for celebrities and downtown visitors, the Bankers Club closed in 1979 and was later occupied by Lester Schwab.

*Photo of 120 Broadway by Paul Rivera.