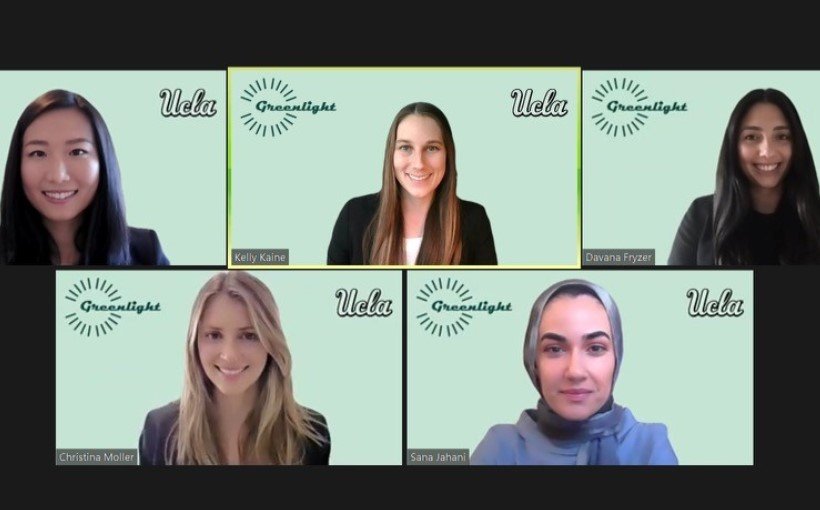 Each year, five-member graduate student teams from the Ziman Center of Real Estate at UCLA’s Anderson School of Business and the Lusk Center at USC’s Marshall School of Business and Price School of Public Policy compete head-to-head to determine the highest and best use for a unique land parcel. This year, UCLA took home the coveted Silver Shovel at the 23rd annual NAIOP SoCal USC vs. UCLA Real Estate Challenge held virtually on March 4.

But the UCLA win was only part of the story. This year’s UCLA group was the first-ever all female team featuring students Sana Jahani, Kelly Kaine, Davana Linkon-Fryzer, Christina Moller and Songyi Wang.

The women won the competition with their proposal for Greenlight Studios. The 2021 competition site was the 8.3-acre Greyhound Bus Terminal site located at the entrance to the Arts District and adjacent to several significant redevelopment projects in downtown Los Angeles. The project is owned by Prologis.

The Greenlight Studios proposal by UCLA was for a large-scale, ground-up studio development in Downtown LA, one of the first in 20 years. It included eight studio sound stages with 150,000 square feet of support space and parking. According to the students, the studio space was proposed for a number of reasons including its recession-resistant characteristics, ongoing demand for studio space, positive jobs impact for Los Angeles and revitalization potential for the Arts District.