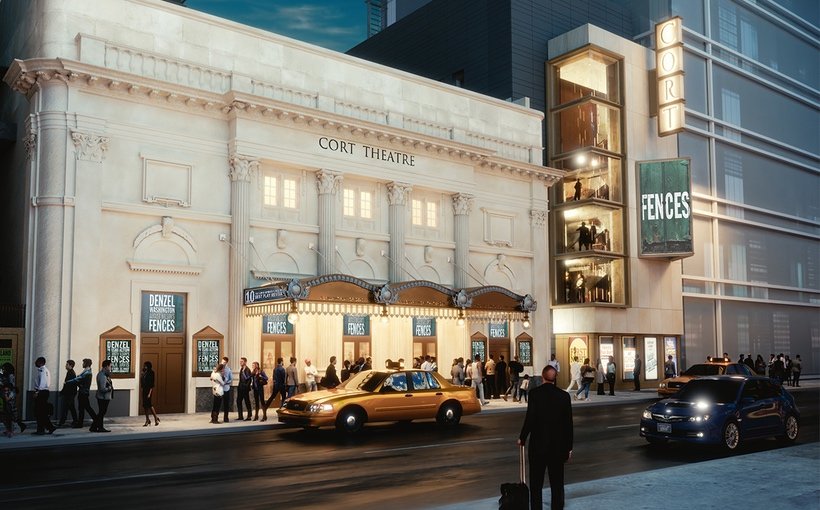 The Shubert Organization is moving forward with a major restoration and expansion project at the Cort Theatre in Midtown Manhattan’s Theater District. Along with refurbishments to the interior and rehabilitation of the landmarked theater’s façade, the venue will be getting a 35-foot-wide expansion on its western side.

Unlike the historic main theatre, built in 1912 by architect Thomas Lamb, the new annex by Kostow Greenwood Architects will have a modern design. Plans include the addition of new lounges and concession spaces for theatregoers on multiple levels, an available elevator, additional restroom facilities with accessibility in mind, and better traffic flow for patrons.

The Cort plans represent Shubert’s first major theatre expansion project in decades. Built by and named for John Cort, manager of a Seattle theatre circuit, the Cort Theatre was acquired by the Shubert brothers in 1927. It’s the only surviving theatre on Broadway designed by Lamb.