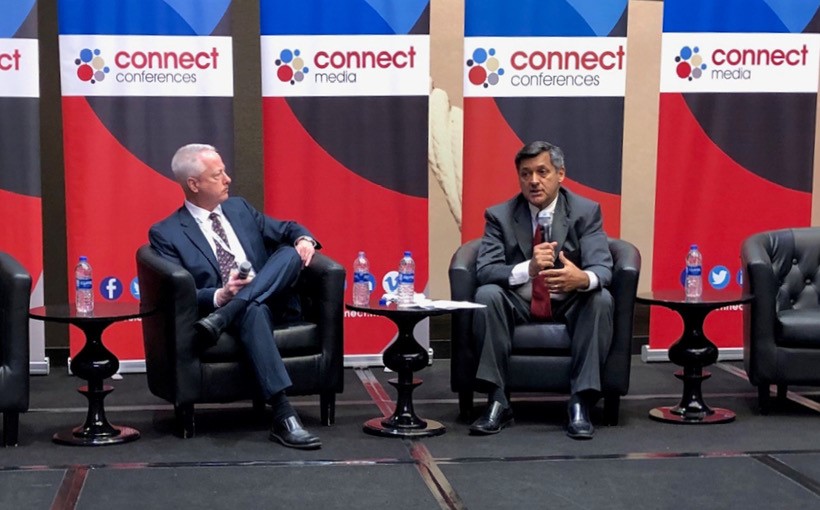 Local commercial real estate owners are expected to contribute more than $146 million to the City of San Francisco under a new Commercial Rents tax. That was one of the discoveries for CRE leaders as they learned more about their role from City and County Treasurer Jose Cisneros during a keynote speech at the recent Connect Bay Area conference. The event featured more than 300 attendees at the Grand Hyatt in downtown San Francisco.

“Clearly this a major, significant sector in our city,” said Cisneros, who serves as the City’s banker and Chief Investment Officer, managing all tax and revenue collection for San Francisco. Appointed in 2004, and first elected in 2005, Cisneros has used his experience in the tech and banking industries to enhance and modernize taxpayer systems and successfully manage the City’s portfolio through a major recession.

Conference attendees were most interested in hearing more about several new taxes that were recently passed in San Francisco, including the Early Care and Education Commercial Rents Tax that passed by local voters in June 2018 and took effect on January 1, 2019. The tax, which is paid quarterly, applies to businesses that lease commercial space. It is a 1% tax on the amount businesses receive from the lease or sublease of warehouse space in the city, and all other commercial space pays a 3.5% tax.

A lawsuit is pending around the Commercial Rents Tax. According to Cisneros, it could take years for the legal process to render a final determination on the validity of the suit, but in the meantime the city will continue to collect the tax and harbor the proceeds in a segregated account, and they will not be used.

There are more than 100,000 registered businesses in the city and the Treasurer collects in excess of $5 billion annually, while managing a portfolio eclipsing $12 billion. The mayor and board of supervisors decide how the money is spent. “We didn’t create the taxes, so please don’t shoot the messenger,” said Cisneros.

Recently, the mayor and board of supervisors announced that they would be re-examining all business taxes in the city to see if they made sense or needed revision. This action, along with the potential for a new statewide ballot measure regarding a “split roll” tax, could mean significant changes and increases in the taxes to be paid by local commercial real estate owners and managers. “Stay tuned to see how those conversations move forward,” Cisneros noted.

“Split roll” would apply a different tax formula, either tax rate, reassessment frequency, or vote requirement, to commercial and industrial properties than what is applied to residential properties.

Cisneros called on the audience to make themselves heard as to what they feel would be the best way to structure business taxes in the future.