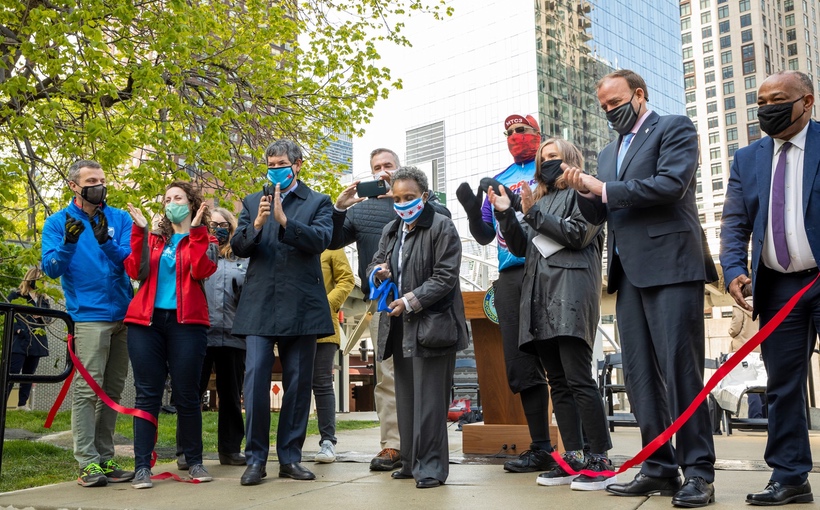 State and local officials gathered Monday to cut the ribbon on the completion of the Navy Pier Flyover. Begun seven years ago under then-Mayor Richard M. Daley, the steel and concrete pedestrian and bike bridge links the two halves of Chicago’s signature Lakefront Trail and creates an uninterrupted, 18-mile ribbon from 71st Street to Hollywood Avenue.

“The Lakefront Trail is undoubtedly one of Chicago’s crown jewels—a reputation that has only been amplified thanks to the completion of the Navy Pier Flyover project, which seamlessly connects our North and South Sides,” said Mayor Lori Lightfoot. “This incredible project also improves public safety and provides stunning views of our lakefront and Navy Pier for pedestrians, joggers, and bikers alike.”

The $64-million project was built in three phases starting in 2014 as funding became available, which resulted in the timeline being stretched out longer than initially anticipated.