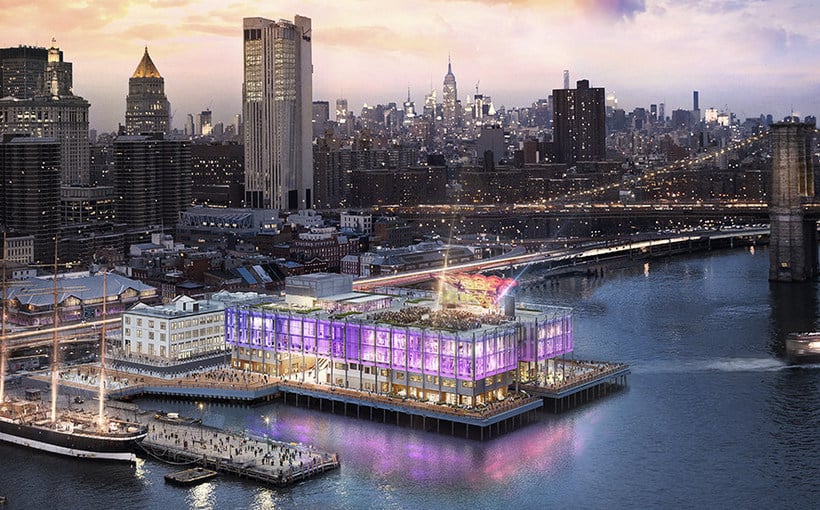 Howard Hughes Corporation and Live Nation Entertainment will reportedly bring open-air concerts to Pier 17 in Howard Hughes’ redeveloped Seaport District beginning this summer. The musical lineup for the inaugural season at the rooftop venue, which will accommodate 3,400 standing or, alternatively, 2,400 seated,will be announced May 7.

Saul Scherl, tri-state region president for Howard Hughes, said the concert series will enable New Yorkers “to reconnect with their city’s waterfront and the storied history of the revitalized Seaport District.” Live Nation’s Alan Ostfield added, “The Seaport District is going through a dynamic transformation, reemerging as a revitalized hub of culture and entertainment that brings music, sports, and culinary powerhouses together in one place.”

The four-story Pier 17 building will be a centerpiece of the 400,000-square-foot mixed-use complex Howard Hughes is developing. It will also house ESPN’s new live broadcast studios, as well as waterfront restaurants.