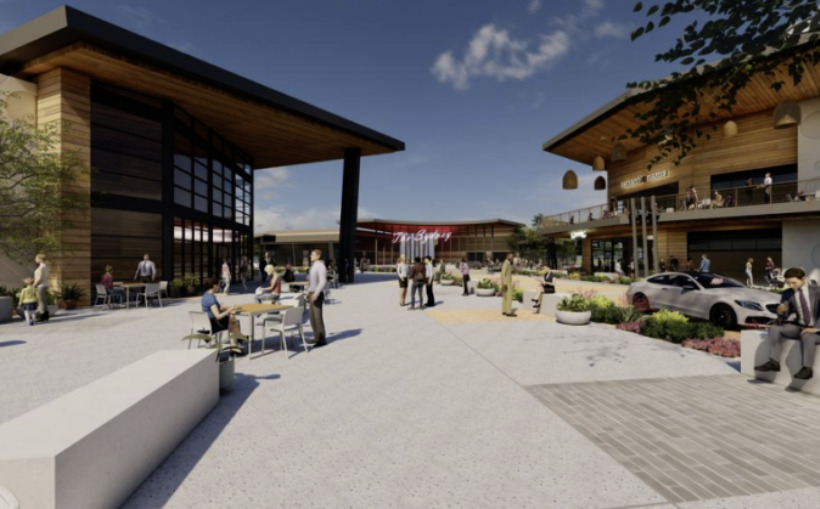 The Salt River Pima Maricopa Indian Community runs right up against one of the most desired shopping and entertainment destinations in the west, Scottsdale, Arizona. That notion wasn’t lost on the Palmer Development Group. They have worked with the tribe on two, and soon to be three large development projects. The Block and the Edge have long since taken off, and now, the company is expected to start work on The Sydney next month. The Sydney will be at 90th St and Loop 101.

The Sydney will have food and beverage, entertainment, office and hotel options once it’s built out. The 500K square foot project will consist of three buildings, with the highest being 4 stories. The project will be a 26-acre, $80M social and entertainment development venture. A 180-room boutique hotel may be added by Palmer Development in the future. Butler Design Group is the architect for the Sydney and Haydon Building Corp. is the general contractor.