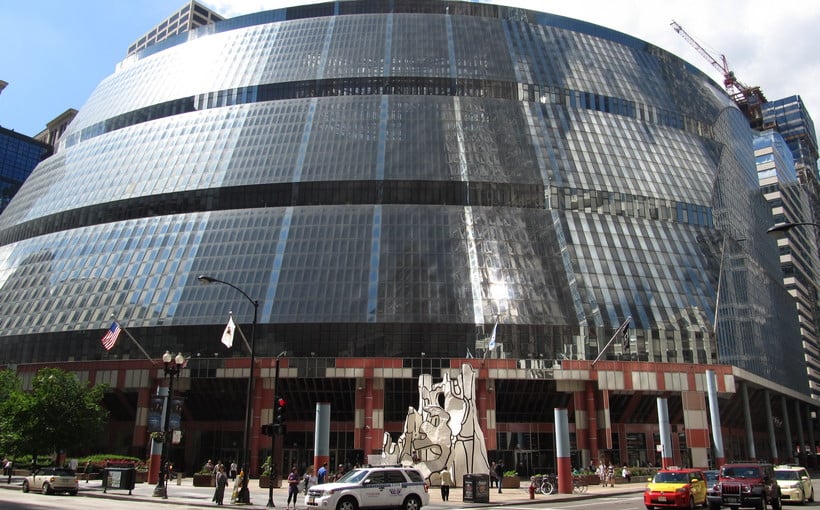 The state of Illinois may finally be on the verge of selling the James R. Thompson Center on West Randolph Street for eventual redevelopment, nearly two years after the legislature approved a bill to move state offices to the nearby Bilandic Building and authorize a sale. The measure has landed on Gov. JB Pritzker’s desk.

Shortly after the Illinois House and Senate passed SB 886 in May 2017, Senate president John Cullerton reportedly placed a “motion to reconsider” on the bill, halting forward momentum on it. He lifted the motion on Jan. 19.

Built in the mid 1980s and designed by architect Helmut Jahn, the Thompson Center was expected to fetch $300 million when the current state budget was enacted last year.

While then-Gov. Bruce Rauner wanted to use proceeds from a sale to help balance the state budget, Pritzker reportedly would prefer to put it toward unfunded pension liabilities.