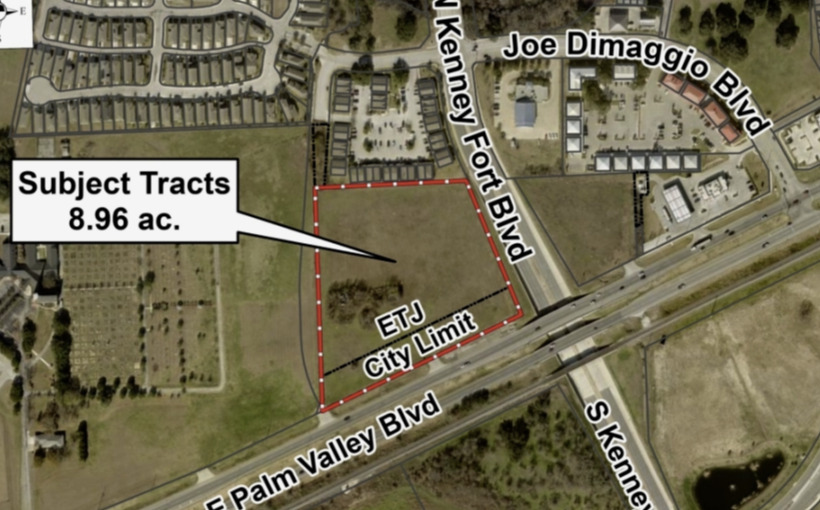 The City Council’s okay means Gulf RC Ventures can move forward on up to 530 multifamily housing units and commercial space on nine acres at the corner of Kenney Fort Boulevard and Highway 79. The zoning agreement allows for a six-story apartment building, an attached parking garage and stipulating that 25% of the units will have balconies.

Before Round Rock voted on the land use matter, it first had to okay a seven acre annexation proposal. The commercial section of the property will operate under a limited-use zoning, prohibiting uses such as drive-thrus, fuel sales and auto service facilities.