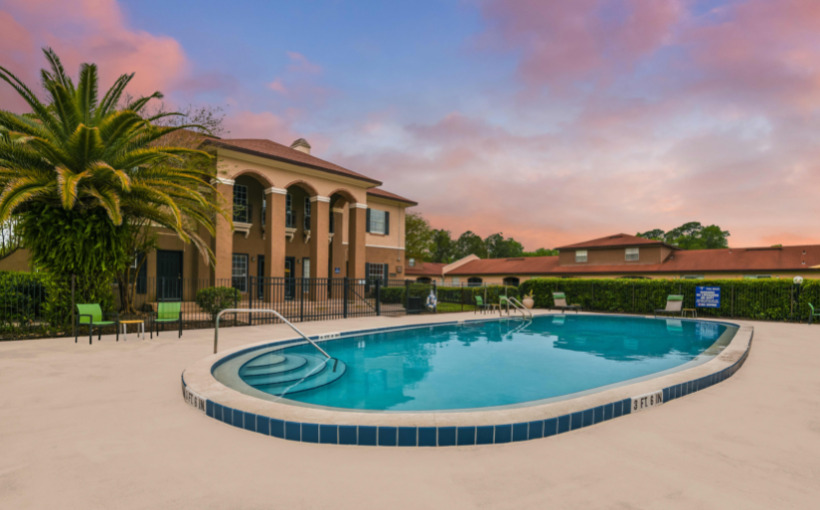 ROI Capital Group has acquired Topaz Villas, a 444-unit multifamily community in Jacksonville, FL for $66 million with a $53 million loan arranged by Berkadia.

Greg Rainey of Berkadia arranged the sale on behalf of the sellers, Topaz Capital Group and The Lynd Company, which sold the asset three years after acquiring it for $35.2 million.

The partnership invested approximately $5 million updating both living spaces and common areas. It renovated approximately 75% of the units, increasing average rents from $783 per month to $1,078 per month at the time of closing.

Mitch Sinberg, Brad Williamson and Wesley Moczul of Berkadia arranged a $53-million acquisition loan behalf of ROI Capital Group, which acquired the property for $66 million with a $53 million loan. The lender, Voya Investment Management, provided the full-term, three-year, floating-rate loan with extension options and interest only. The loan includes $47.72 million in initial funding and $5.28 million in future funding for capital improvements.

“Topaz Villas is yet another great example of the continued investor appetite for well-located assets in Jacksonville,” said Rainey.

Topaz Villas is located at Ortega Farms, a suburban neighborhood along the Ortega River with easy access to I-295 and a 25-drive to Downtown Jacksonville.