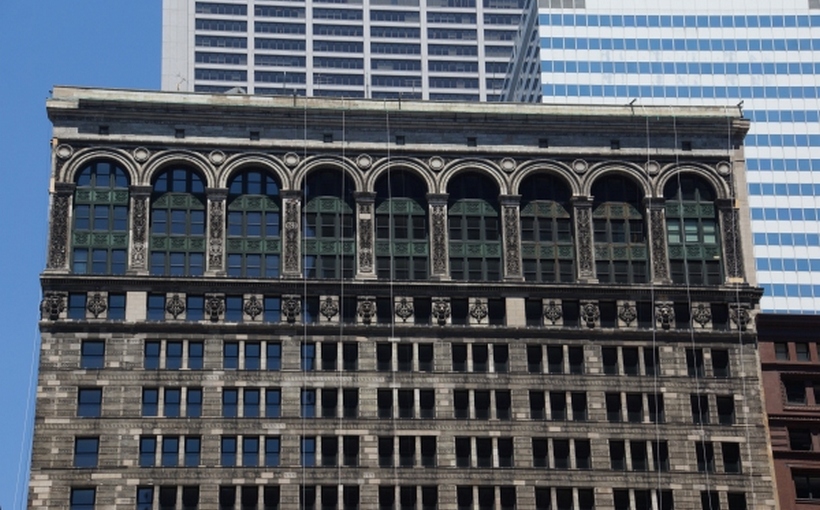 A venture of Commerz Real is in advanced discussions to acquire 125 S. Clark St., the revamped Loop office property now known as the National, Crain’s Chicago Business reported. A source told Crain’s the selling price was close to the $200 million sought by the 20-story property’s currents owners, Blue Star Properties and Wolcott Group.

Blue Star and Wolcott acquired the former headquarters of Chicago Public Schools for $28 million in 2014. They then spent more than $91 million to renovate the property, which dates from 1906.

After CPS moved out, the National’s current owners hired JLL to re-tenant the property. It’s now 88% leased, with tenants that include WeWork, audio equipment maker Shure and, on the ground floor, Revival Food Hall.

In a statement, Germany-based Commerz Real said it does not comment on speculation, “but Chicago is a very interesting market which we are examining right now.”