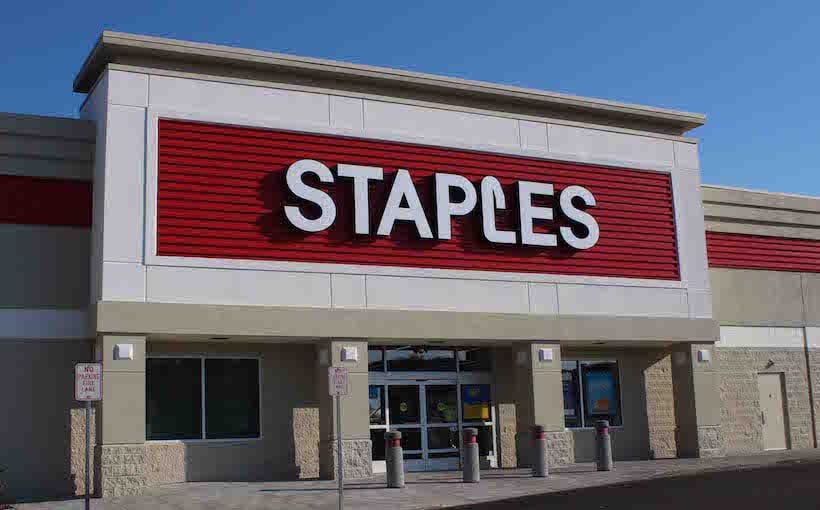 While other retail sectors, such as grocery and home improvement, have used the pandemic to grow their businesses, office supply stores like Staples and Office Depot are still struggling, Placer.ai says in a new report.

“The rise of Amazon and other eCommerce competitors, and a struggle to clearly differentiate against retail giants like Walmart and Target, limited the success of players like Office Depot and Staples,” the report says.

A traditional source of late-summer revenue for the office supply sector, back-to-school season, is drying up, says Placer.ai, based on the firm’s analysis of foot traffic to these channels. “Visits the weeks beginning August 2 and 9 were down an average of 23.4% for Office Depot and 19.9% for Staples compared to the equivalent weeks in 2019,” the report reads.

Both Staples and Office Depot may be seeing shoppers gobbled up by competitors like Target and Walmart (which are both seeing increases in foot traffic), Placer.ai’s analysis says.

That being said, the report says that visitor numbers should increase again over August and into September, as students head back to school, and some offices reopen. Plus, both Office Depot and Staples may find ways to capitalize on increasing demand from fresh employees working from home — which Placer.ai sees as something to keep an eye on.