Florida & Gulf Coast Hub All Markets and Regions
Connect News Commercial Real Estate news for every market and every facet, every day.
Connect Events Live and virtual events bringing together the best of information and networking.
Connect Media Kit Advertise, Promote, Attend, Create – Work with Connect.
Connect CREative A full service marketing and PR agency.
Connect Awards View the CRE A-List and Submit Nominations.
About Connect Meet the team behind the machine and taste a little of the secret sauce. 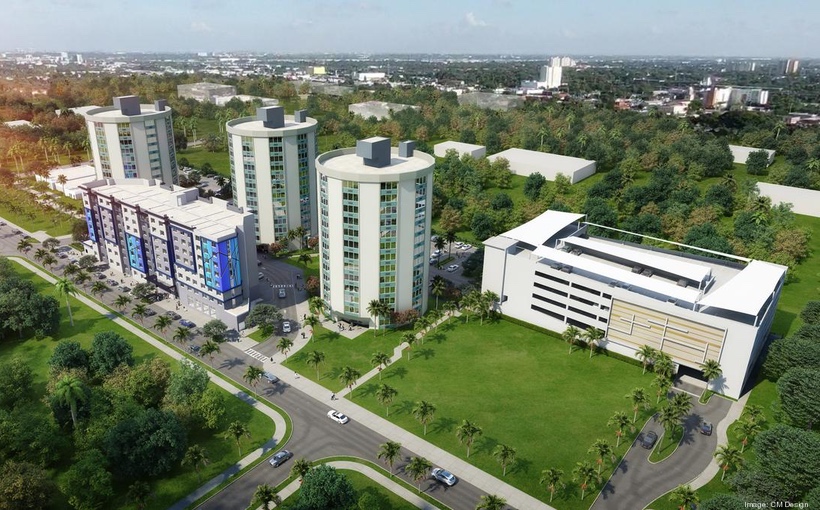 Related Urban Development Group broke ground for Three Round Towers B&C/Brisas del Este, an affordable housing development that will encompass three buildings for a combined total of 383 units in the Allapattah area of Miami-Dade County. Total development cost is more than $106 million, and the project is reportedly the largest of its kind in the nation to utilize Opportunity Zone Funds.

The Three Round Towers development site was originally built in 1970 on approximately 6.98 acres. Tower A was substantially renovated in 2018, and the current project will include a major rehabilitation of Towers B and C along with the construction of Brisas del Este, a 120-unit affordable housing project.

Mayor Carlos Gimenez said. “Miami-Dade’s public-private partnership with Related Urban Development Group has been a key component leading to the success of this particular project, and I look forward to the county’s continuing wise use of P3s moving forward.”