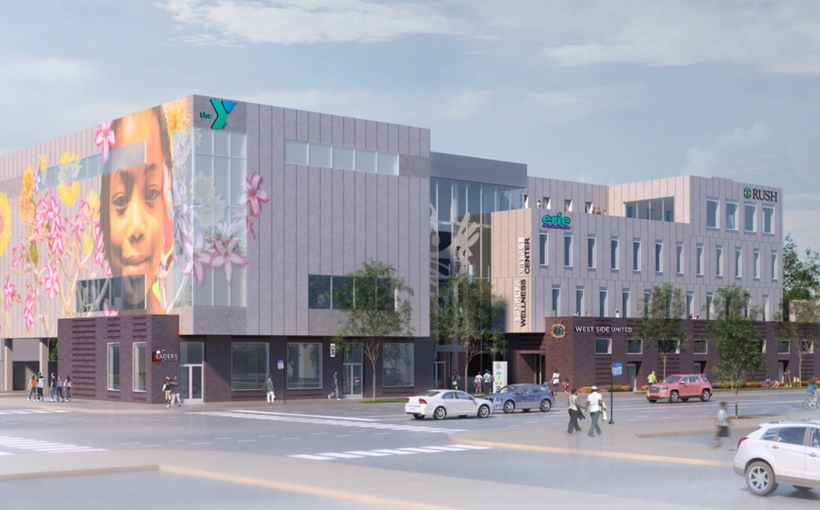 The Pritzker Traubert Foundation has named Sankofa Wellness Village in West Garfield Park as the recipient of its second Chicago Prize. The project, intended to bring healthcare and wellness programs, arts and business initiatives to the West Side neighborhood’s 17,000-plus residents, will receive a $10-million grant toward its $50-million cost.

To lead this undertaking, the neighborhood has assembled a coalition called the Garfield Park Rite to Wellness Collaborative. This collaborative includes New Mount Pilgrim Missionary Baptist Church, West Side United, and the Community Builders as well as important health and nonprofit partners: Rush University Medical Center, Erie Family Health Centers, the YMCA of Metropolitan Chicago, and others.

“With the support from the Chicago Prize, the Garfield Park Rite to Wellness Collaborative seeks to accelerate its continued efforts to build and sustain a stronger, healthier community where all residents can thrive,” said Kemena Brooks, development director for The Community Builders.