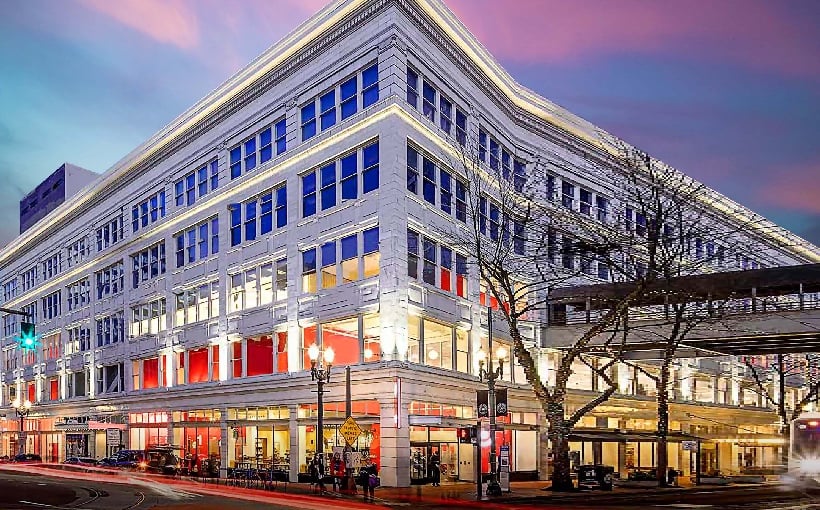 Built in 1910 – and with 196,032 noticeable, notable square feet – The Galleria Building in downtown Portland, Ore., is being refinanced. Newmark announced the $61.5 million dollar in a recent news release.

The five-story office building was built in 1910 … . Unico Properties and Partners Group acquired the property in December 2018 and have enacted a major capital repositioning plan. … Upon completion of the major capital plan, the Galleria will offer tenants brand-new, best-in-class features including a state-of-the-art fitness center, newly renovated lobby and exquisite architectural details with an expansive window line and 13-foot ceiling heights throughout. The property is also pursuing LEED Gold, Fitwell and WiredScore certifications.

Location? Oh, The Galleria Building has location in spades. Spanning a full city block directly on the MAX transit line at SW 9th & Morrison, the Galleria is located in the West End, a vibrant and emerging downtown neighborhood that has been the epicenter for new development in the urban core.