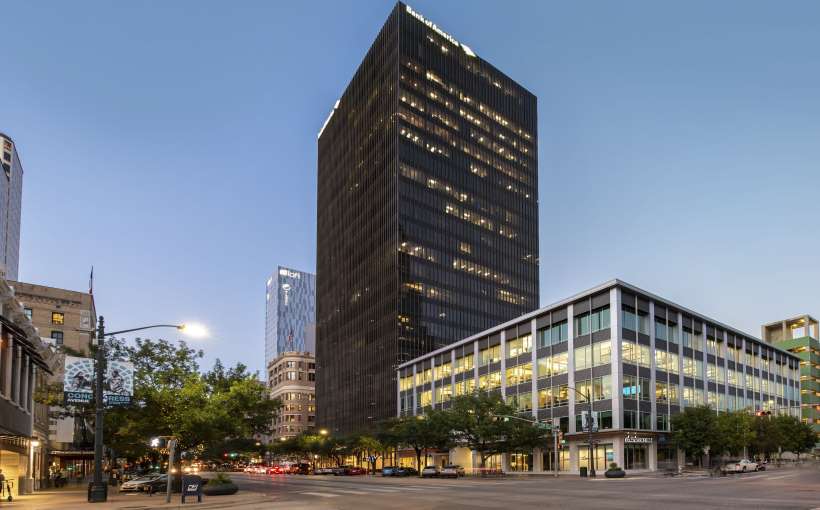 The transaction demonstrates companies’ appetite for a prominent presence at office properties in high-growth markets, according to Giovanni (Gio) Cordoves, Western regional president for KBS.

“Through KBS’ strategy of investing in the top 25 markets in the country, we have identified strong growth markets in the Sun Belt region,” says Cordoves. “Austin, which has been named the hottest market in the country for commercial real estate investment, is attracting high-profile corporations such as Tesla, which is building a new gigafactory in East Austin.”

Built in 1974 and extensively renovated in the last few years by KBS, 515 Congress is a WiredScore Silver and Energy Star–certified 26-story building with approximately 12,000 square feet of street-level retail and a recently completed outdoor patio. Located on the corner of 6th Street and Congress Avenue in the CBD, the property is within walking distance of the state capitol, convention center, 6th Street Entertainment District and Lady Bird Lake.

In fact, the property’s location was a major factor in PMG’s move to 515 Congress, according to George Popstefanov, CEO of PMG.

“Austin is a critical market for attracting and retaining top talent as we accelerate our global growth,” said Popstefanov. “We want our offices to be places people want to come to work every day, and 515 Congress’ close proximity to daily needs and conveniences in addition to its impressive list of on-site amenities made it the top choice for us to establish ourselves as a leading business partner and employer in Austin.”

Brad Philp and Connor Atchley of Stream Realty handled the lease transaction on behalf of KBS.