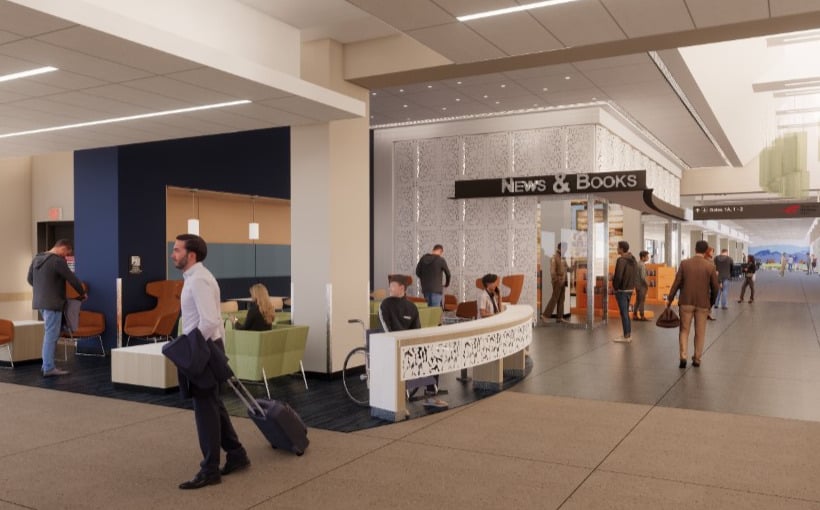 Phoenix-Mesa Gateway Airport (Gateway Airport) is running out of room. Currently it has 10 gates squeezed into a 10,000 square foot temporary structure. Gateway Airport is served by five domestic and international airlines offering nonstop jet service to more than 50 destinations across the U.S. and Canada. The airport welcomes nearly 2 million passengers each year. The airport’s ability to get new carriers was limited by the size of the terminal. New airlines, new flights and record-setting passenger activity require the airport to expand its terminal to keep up with its growing popularity.

McCarthy Building Companies has been selected to begin construction on a new 30,000-square-foot terminal addition to replace the current building. The $25 million project will provide Gateway Airport with a larger commercial passenger facility designed to accommodate future growth.

Demolition of the current property is planned for December, with project completion slated for February 2024. The airport will be fully operational during the construction.