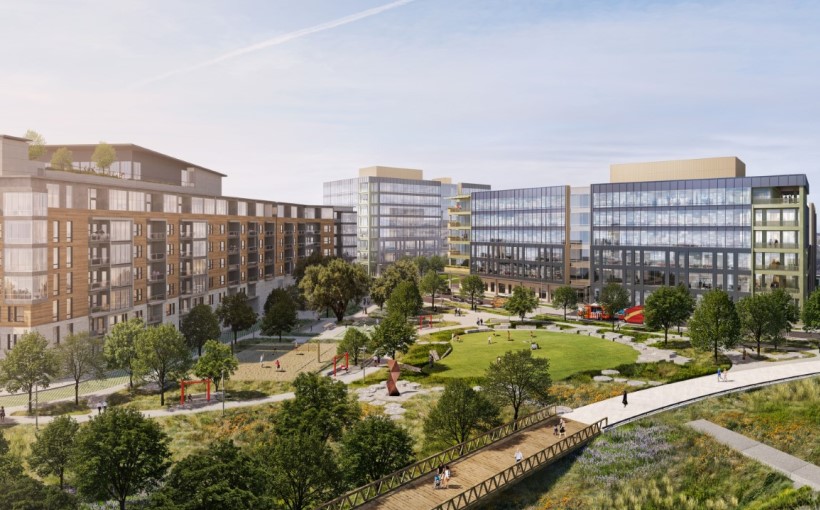 Acting on behalf of its clients, Partners Group and Presidium have released plans for the first phase of River Park, a 109-acre mixed-use development just east of Oracle’s headquarters on E. Riverside Drive. The first phase encompasses approximately 15 acres east of Wickersham Lane along the frontage of Riverside Drive.

Plans for the first phase include:

The team is currently in advanced design stages on the first phase, aiming to secure approvals and permits from the city by early 2022. The entire master plan for River Park calls for more than 10 million square feet to be built in the coming 10 to 20 years.

Hines has joined Partners Group and Presidium as the development manager of the first phase office component, and CBRE’s Austin office will handle the marketing and leasing of the office space. Presidium is vertically developing the apartment community, in addition to its role as master developer.