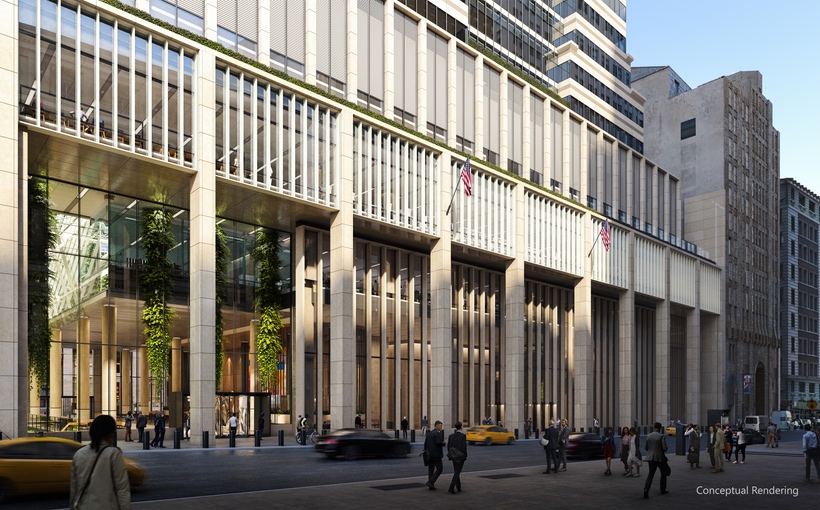 Paramount Group plans to launch a $250-million makeover of 60 Wall St. as soon as Deutsche Bank, the Financial District office tower’s only tenant, vacates the property in June of 2022, the New York Post reported. Deutsche Bank is set to begin moving to the Related Companies’ Time Warner Center later this year.

A CBRE team led by Paul Amrich and Howard Fiddle will handle leasing at the redesigned 1.6-million-square-foot tower. Tenants will likely be able to move in by mid-2023. But 60 Wall must compete for new tenants with nearby FiDi addresses which also are vacant or will be, reported the Post.

However, the Post reported Paramount CEO Albert Behler is confident that 60 Wall’s modern, column-free floor plates, panoramic views and the planned upgrades will carry the day. “With the reimagining of the building, 60 Wall will compete with the best in Manhattan, including new construction,” he said.