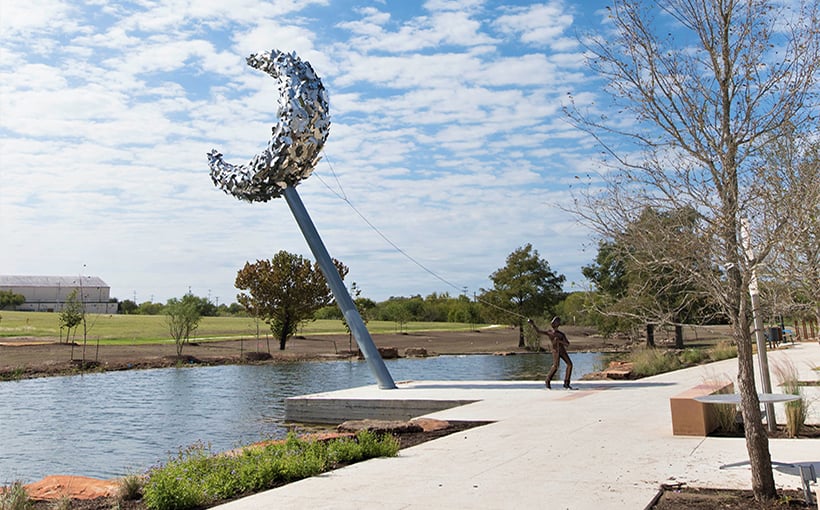 Pairing Opportunity Zones with Other Incentives

In 2002, the United States Air Force shuttered the Brooks Air Force Base in the southern part of San Antonio. Rather than falling into obscurity, the 1,300-acre former base became the mixed-use Brooks City Base, later rebranded as simply, Brooks. Furthermore, Brooks was designated as an Opportunity Zone in 2018.

Brooks has attracted three other additional designations — it is a Tax Increment Reinvestment Zone (TIRZ), a Smart San Antonio Innovation Zone, and a San Antonio Tomorrow Regional Center. Leo Gomez, president and CEO of the Brooks Development Authority, indicated that all four designations were deliberately sought, and resulted in a “development toolbox” to attract more interest in the project, which is just west of Interstate 37, and north of Interstate/Loop 410.

“We worked at them, we intended for them to overlap on our campus, and this is the result,” Gomez told the Rivard Report. “And that intention has led to multiple tools in the toolbox. We’re not relying on just one or the other.”

Brooks secured the state of Texas’ first Opportunity Zone project in early 2019, when DPR Investments acquired 9.4 acres, on which it will build a self-storage facility and flex space for small businesses. The developer plans to break ground on the project in fall 2019.

The south San Antonio region is not the only one to pair the Opportunity Zone program with other incentives. State and local governments continue adding their own incentives to make themselves — and their O-zones — even more desirable to investors and developers. According to a recent article written by the Pew Charitable Trusts, 17 state legislatures so far have considered proposals to pair tax breaks with Opportunity Zones.

“I’m encouraged that some states have been very thoughtful in seeing opportunity zones as a priority and are thinking through incentives,” Rachel Reilly, director of impact strategy at the Economic Innovation Group told Novogradac. “It’s a federal benefit, but to make it work, you need a creative structure around it at the local level.”

Novogradac pointed out that some of the recently enacted Opportunity Zone legislation includes:

While OKC has yet to secure an investment in one of its 117 Opportunity Zones, Mayor David Holt is optimistic, telling Governing that his city is firmly on investors’ maps, and they are considering locales they might not have looked at in the past.

Reilly added that, while there has been a great deal of state-sponsored O-Zone legislation in 2019, it’s still early days when it comes to determining the best approach. “It’s really important for cities and states to identify priority investment areas,” she said. “That is going to determine the best approach for incentives.”

Getting back to Brooks’ efforts, Gomez indicated that the four designations sought were an important part of continuing the region’s development efforts. Noted Gomez: “Our vision is to develop a vibrant mixed-use community that has an international presence and doing it through a mission, through a strategy, that develops that mixed-use community to attract what we call ‘marquee employers.’ These various designations help us leverage the 1,308 acres that used to be the Air Force base.”

Pictured: “Running with the Moon” by Brad Oldham, in Brooks’ 43-acre Greenline Park