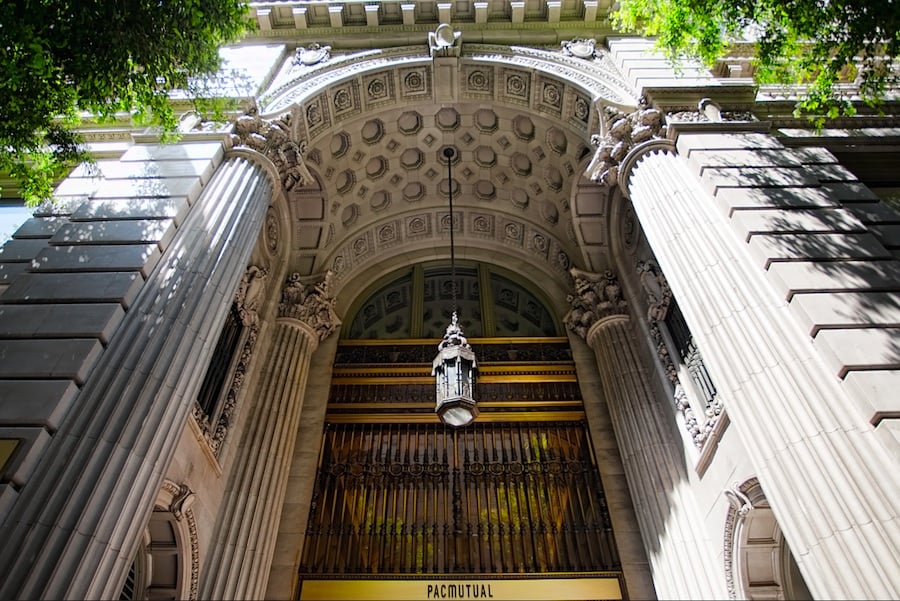 The historic PacMutual building, at 6th and Olive Streets in downtown Los Angeles, has been sold by Rising Realty Partners for $200 million. Ivanhoe Cambridge and Callahan Capital Properties will occupy the Beaux Arts style property, which totals 464,000 square feet.

Rising bought PacMutual in 2012 for $60 million and underwent a major renovation of the building which increased its leasable area by nine percent and transformed it from a second-tier asset into a Class A property. The $18 million that Rising spent also converted the three-building complex into a creative-office facility.