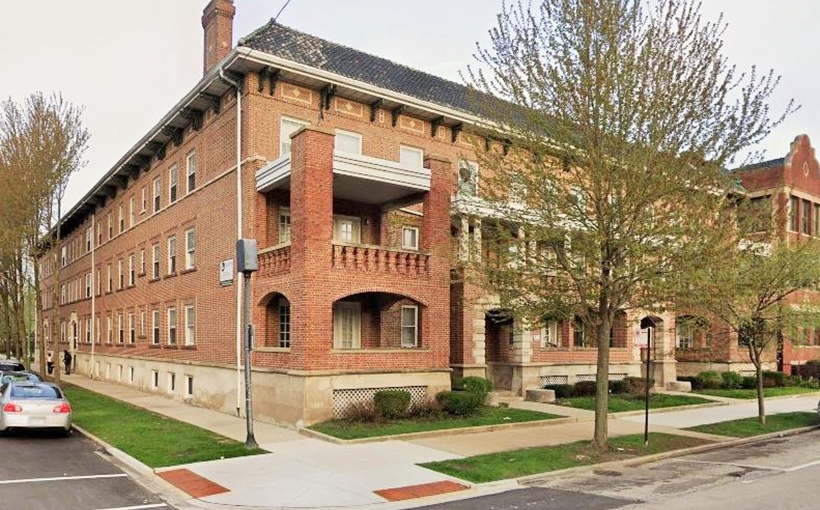 Opportunity Knocks on Chicago’s South Side for Multifamily Investors

More than a decade ago, we started Interra Realty by brokering multifamily sales on Chicago’s South Side. While our business has grown to encompass nearly every corner of the metro, the South Side remains a foundation of our business – in fact, we remain the leading brokerage for apartment buildings on the South Side, according to CoStar data.

So far, 2022 is shaping up to be one of our strongest years ever for multifamily transactions, with most listings attracting 15 or more property tours, multiple competitive offers and quick closings at or near list price, sometimes for all cash.

Transaction volume has been especially high in the past three to six months as investors look to build portfolios – typically 200 to 300 units in size – to create economies of scale and capitalize on rent growth, which we expect to continue despite rising interest rates and other headwinds such as uncertainty over property taxes.

Record sales of suburban apartment buildings and the rebound of the downtown rental market have grabbed headlines recently. But Chicago’s middle-market multifamily buildings have enjoyed a surge in investor interest as well, as smaller players seek well-priced, cash-flowing and often high-yielding assets.

After the pandemic began in 2020, multifamily sales in Chicago slowed for about three months until the market understood how tenants would be affected. But gradually, demand began to pick up again as rent collections remained strong and investors made a flight to quality from retail, office and other sectors. As multifamily properties on the coasts were priced up, comparable assets in Chicago became even more appealing.

Chicago’s South Side includes some 40 neighborhoods. Many of these submarkets, like Bronzeville, Kenwood, South Shore, Jackson Park, Washington Park and Auburn Gresham, consist of single-family homes, two- to four-flats and 15- to 45-unit rental communities built in the early 20th century. The entry price for the latter is generally lower in South Side neighborhoods than their North Side and suburban counterparts, with prices per unit ranging from $50,000 to $170,000 on the highest end, compared with PPU up to the $300,000s in some North Side neighborhoods. Historically, cap rates and other investor metrics are more appealing in these South Side neighborhoods as well.

Much of the housing stock on the South Side is naturally occurring affordable housing, as household incomes in the area are lower than in other parts of the metro. For 2015-2019, the median household income in Chicago’s South Shore neighborhood – located a few miles south of the University of Chicago on Lake Michigan – was $32,093, according to data from the Chicago Metropolitan Agency for Planning. By comparison, it was $55,768 for Edgewater, a North Side neighborhood located about one mile south of Loyola University near the lakefront, and $58,247 citywide. The discrepancy reflects the disinvestment that has plagued the South Side for generations.

But the South Side is not a monolith, and in many areas, the economic picture is either very strong or gradually improving. Although some neighborhoods lost population between the 2010 and 2020 census, several grew, including Hyde Park, which increased in population by 14.7%, according to CMAP. Adjacent Kenwood grew 7.1%, and Near South Side neighborhoods like Douglas and Grand Boulevard grew 11.3% and 12.1%, respectively. By comparison, the city as a whole saw population increase by just 1.9% during the same period.

The population growth and positive economic outlook in Kenwood, Bronzeville and Hyde Park have helped to spur demand for sizable multifamily opportunities in these neighborhoods. For example, I have two portfolio listings (200 units and 204 units) in Kenwood, and the interest in such opportunities is the strongest I’ve seen in recent years. The 1920s-era buildings boast large unit layouts, proximity to Lake Michigan and additional upside through continued in-unit renovations to keep pace with the new-construction market. I anticipate demand for investment-grade properties of this size to continue.

In recent years, the city has been prioritizing investment on the South and West sides through community development initiatives like INVEST South/West, designed to promote economic vibrancy by supporting amenities, small businesses, public spaces and housing. In its first two years, the initiative has attracted $1.4 billion in public, private and philanthropic investment commitments, according to the city. Early projects are targeting revitalization of 10 commercial corridors on the South and West sides, which should help catalyze investment in adjacent residential areas.

Similarly, the Obama Presidential Center, which broke ground in Jackson Park in September 2021 and is scheduled for completion in 2025, has further raised the profile of the South Side, including in the eyes of out-of-state investors.

When we first started Interra, “value-add” properties on the South Side often meant an offline or vacant building that needed a complete gut-rehab. As those investment opportunities become more scarce, the term value-add has broadened and now more often means renovating interiors to keep up with newer offerings in the market or repurposing underutilized space into additional amenities for residents. In addition to interior upgrades, nearly all of our clients buy multifamily properties on the South Side and immediately address deferred building maintenance, helping to ensure the long-term viability of the housing and keeping renters in homes they can still afford while also boosting the value of the real estate.

For example, last year, we brokered the $2.9-million sale of a mixed-use building in Chicago’s Marquette Park neighborhood with 49 apartments and six retail spaces. The out-of-town buyer planned to upgrade units as they turn over and was considering adding a cell tower to the building for additional revenue, showing how well-priced properties even in lesser-known South Side submarkets can attract national buyers in search of steady income and long-term appreciation.

Last summer, Gov. J.B. Pritzker signed House Bill 2621 into law, which includes a property tax incentive – specifically, a reduction in assessed value for up to 30 years – for new and significantly rehabbed properties of seven or more apartments if the owners set aside a portion of units as affordable. Many buildings on the South Side have gone through extensive renovation that would qualify them for the incentive, so preserving affordability benefits both the landlord and tenant.

As existing owners continue to build up their portfolios and new investors plant their flag on the South Side, we feel sales will continue to blossom for the foreseeable future. We currently have 23 listings totaling 591 units and get calls for more every day. Brokers with block-by-block knowledge of these neighborhoods have the opportunity to work alongside buyers to improve and expand the local housing stock while ensuring residents can reap the benefits of investment that is long overdue.