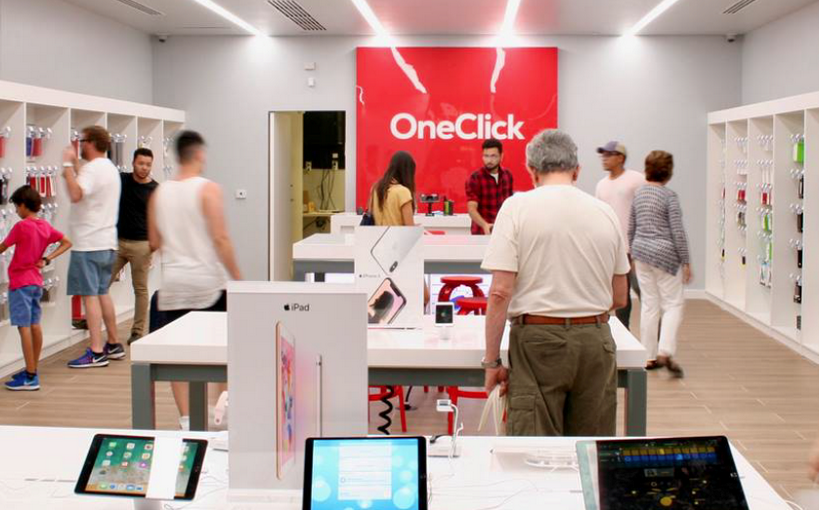 Is it “the single biggest retail opportunity of 2018”? Safehaven.com thinks so. The catalyst of this investment opportunity is a potential bonanza that Apple is handing off to a considerably smaller licensee, Miami-based Cool Holdings.

Known as Infosonics until June of this year, Cool Holdings has acquired or opened 17 Apple Boutique stores under the OneClick brand in Florida, Argentina and the Dominican Republic. Now, it intends to expand its Apple reseller footprint considerably.

“We plan to grow our OneClick footprint through a combination of both organic growth with the development and construction of our own stores, and acquisition of strategic Apple retailers across the Americas,” said Felipe Rezk, chief marketing officer with Cool Holdings and formerly head of enterprise sales at Apple.  “Our plan is to aggressively grow our store footprint from 17 stores today to approximately 200 stores by 2021, provided we can arrange the proper funding.”

The existing OneClick locations, Safehaven.com’s Charles Kennedy pointed out, earn about $3,750-per-square-foot. It’s a figure exceeded only by Apple’s own branded stores, which garner upwards of $5,500-per-square-foot.

“With an average size of 1,200 square feet, that’s a revenue stream worth $900 million,” Kennedy wrote recently of OneClick. “That is a staggering figure, given that the company has a market capitalization of just $28.4 million today.”

Apple’s own stores are “money-machines, and earn the highest revenues of any retailer on Earth,” wrote Kennedy. “But, Apple needs to concentrate on its core business.” Meanwhile, he added, Cool Holdings has secured reseller licenses “for most of Apple’s world beating products—from the iPhone X to the iPad, to Apple laptops and desktop computers.”

The OneClick locations are “similar to the Apple Store in many ways,” Kennedy wrote. “And just like Apple, they have incredible earning potential—at a staggering $3,750-per-square-foot. For reference, the average retail rent was $241.08-per-square-foot across the 80 largest metropolitan regions in the United States in 2016, according to REIS.”

Moreover, Cool Holdings owns its own distribution via its Cooltech unit, which it plans to grow in tandem with OneClick. It’s a key element in what Kennedy called Cool Holdings’ “vertically integrated sales model,” putting distribution, retail and marketing under one roof. “For Cool Holdings and their OneClick stores, it’s all about ‘one world, one store, one click,’” he concluded.