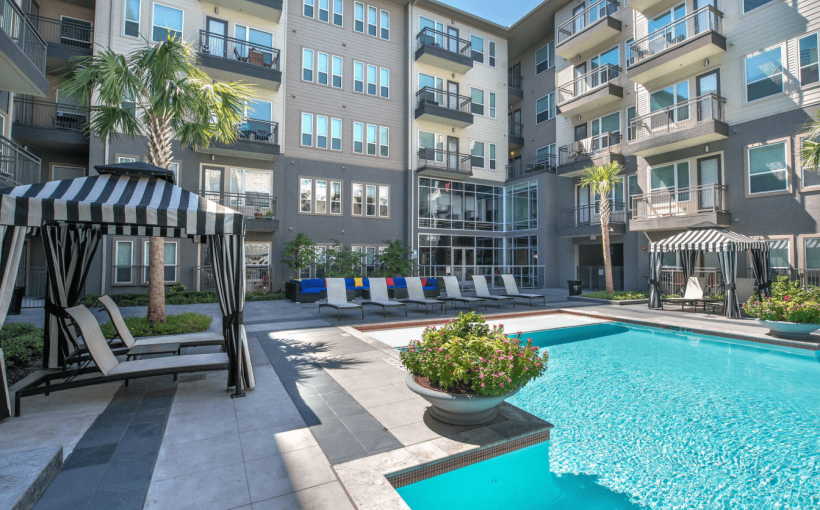 Olympus at Ross to Get New Moniker of Macallan at Ross

American Landmark Apartments recently acquired Olympus at Ross, a 368-unit multifamily community in Dallas. The property will be renamed Macallan at Ross. The acquisition brings American Landmark’s Holdings in the Dallas-Fort Worth area to 21 properties.

“Dallas has maintained a favorable position in multifamily circles due to its exemplary fundamentals and ability to accommodate suburban growth,” said Christine DeFilippis, chief investment officer of American Landmark. “Because of this, it’s attracted plenty of capital but also become increasingly competitive. We’ve been able to navigate this with ease thanks to our deep understanding of all the submarkets, operating finesse and strong relationships in the region.”

Built in 2015, Olympus at Ross is located at 3501 Ross Ave. One- and two-bedroom units include quartz countertops, keyless entry and stainless steel appliances.

Situated in the Uptown neighborhood, the property is located near downtown. Transit routes including Interstate 35, Stemmons Freeway and Woodall Rodgers Freeway are about five minutes away, providing access throughout the Greater Dallas metro.

|Sale/Acquisition
Texas |Dallas-Fort Worth
Apartments
Olympus at Ross to Get New Moniker of Macallan at Ross
Lisa Brown
July 16, 2021