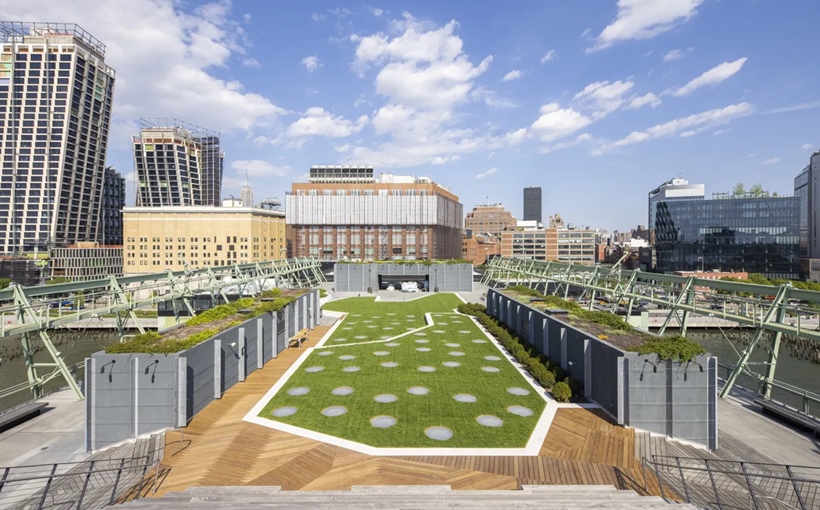 Opening the nearly two-acre rooftop park, New York City’s largest rooftop open space, delivers on one of the original commitments made by the joint venture between development partners  RXR, Young Woo & Associates, and The Baupost Group.

““By sparking economic activity, providing the community with much-needed public space, and supporting artists, Pier 57 represents a very bright light at the end of the tunnel New Yorkers have been navigating for the past few years,” said Rechler.