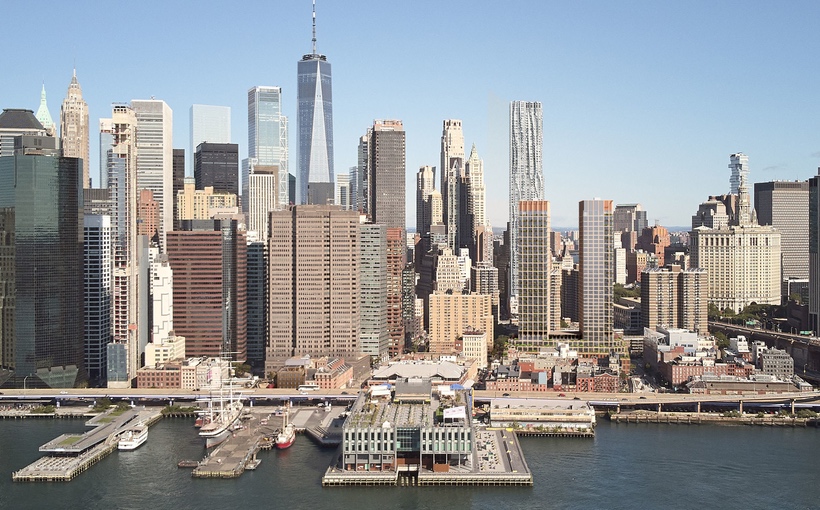 The commission’s 6-2 vote allows HHC’s plan to begin the seven-month Uniform Land Use Review Procedure this month. The project doesn’t require a zoning change, but does need a special permit for height and an air-rights transfer from the nearby Tin Building and Pier 17.

Budgeted at upwards of $800 million, the project will include community spaces, office suites and apartments. It also entails a long-term commitment to keep the financially-strained South Street Seaport Museum running.