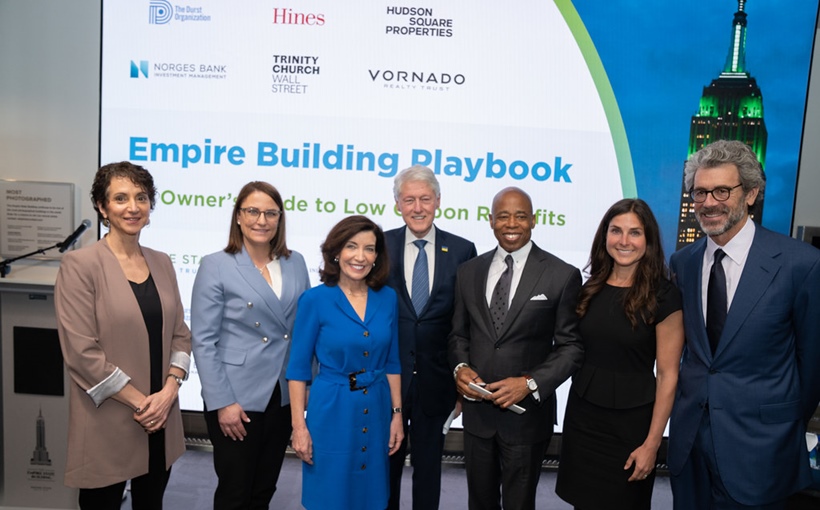 This guiding framework includes information from the partners who share their processes and lessons learned to develop the business case for profitable investment in significant energy and carbon reducing technologies.

At Thursday’s launch event, held at the Empire State Building, Clinton said, “If you believe New York should have more jobs, if you believe that we should avoid the worst consequences of climate change, if you don’t want to see the rising waters flood the south end of Manhattan, do this.”