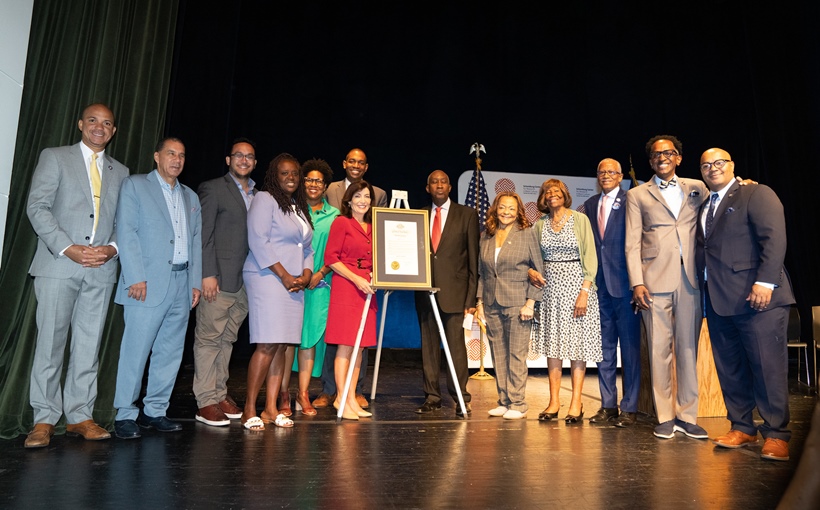 Gov. Kathy Hochul on Wednesday announced the commitment of $8 million for improvements to the Schomburg Center for Research in Black Culture in Harlem. The funding, which is being administered through the Dormitory Authority of the State of New York, will enable the refurbishment of the building façade, replacement of windows and roof, and will allow for safety enhancements and energy-saving improvements.

DASNY will also provide design services and construction management for the project. This announcement comes during Harlem Week, an annual celebration of Harlem’s wide-ranging culture and history.

“With this funding, we’re not just giving this building a facelift; we’re making a critical investment in our history and culture,” said Hochul.

Founded in 1925 and named a National Historic Landmark in 2017, the Schomburg Center is a research division of The New York Public Library and features diverse programming and collections spanning more than 11 million items.

Dormitory Authority of the Srate of New York