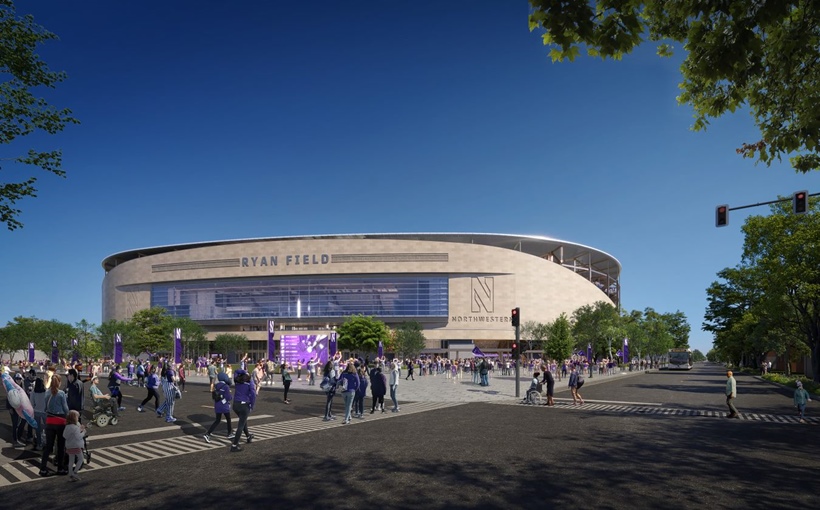 Northwestern University has released renderings for a new football stadium to replace the current 97-year-old Ryan Field. To be funded privately at an estimated cost of $800 million, the new stadium will be smaller, with maximum capacity of 35,000.

The new stadium design comes a year after the Patrick and Shirley Ryan family made a $480-million donation to Northwestern, the largest in the Evanston, IL university’s history. The gift included funding for the new stadium as well as research efforts.

“We are all grateful to the Ryan Family for their unwavering commitment to Northwestern University and our academic and athletics programs,” said Dr. Derrick Gragg, VP for athletics and recreation. “I have no doubt that the privately funded stadium will be a gamechanger for our football program, athletics department and the community, and will be in line with our other excellent facilities including Welsh-Ryan Arena and Ryan Fieldhouse.”