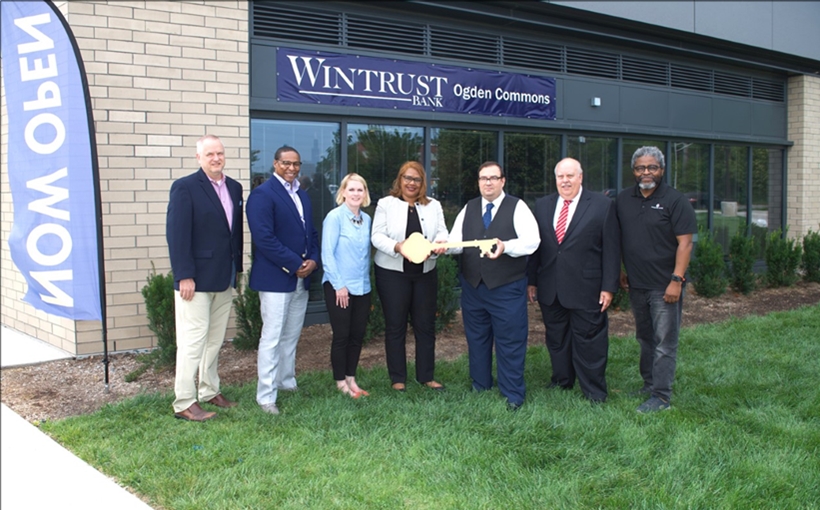 “Presenting our first commercial tenants with their keys to this new building was symbolic, as we believe Ogden Commons represents a key to the exciting and revitalized future of the North Lawndale neighborhood, including new housing options and job growth,” said Charlton Hamer, SVP of Habitat Affordable Group.

The three-story commercial building marks the first phase of Ogden Commons. When fully built out, the project will offer 120,000 square feet of commercial and retail space and approximately 350 mixed-income housing units. Phase two is expected to break ground later this year.