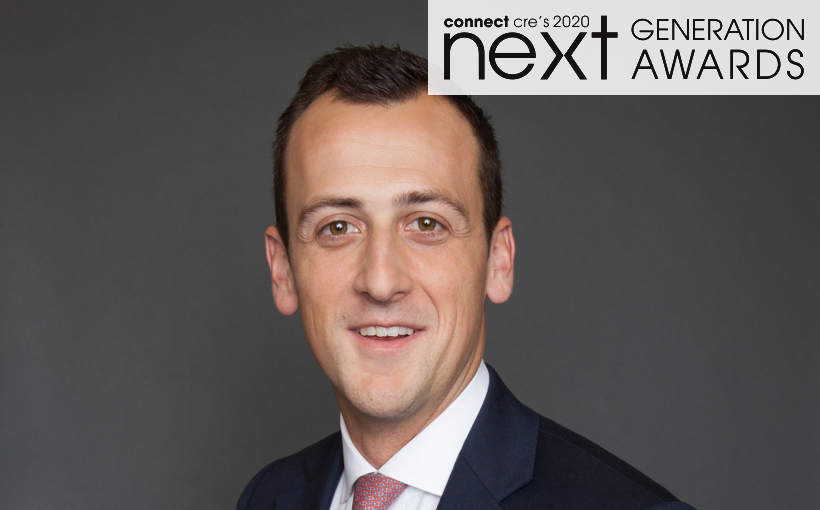 VP at Hammond Hanlon Corp., reportedly the only investment bank focused exclusively on healthcare real estate, Matthew Tarpley is said to exhibit uncommon leadership. He actively works to educate the team through each engagement and provides an opportunity for each member of the team to take multiple roles in each deal.

Tarpley is said to possess deep knowledge of the various transaction structures the firm handles, including sale/leasebacks, debt and equity capital placements and developer selection. A true “team” player, Tarpley was named the youngest VP in company history last year at age 28.

These are just a few reasons we chose Tarpley as one of the New York 2020 Next Generation Award winners. Connect Media’s fourth annual Next Generation Awards recognize young leaders in the commercial real estate industry who are likely to be influential for years to come.

Tarpley has driven Hammond Hanlon’s positioning as a leader in the increasingly competitive inpatient rehabilitation sector. At the transaction level, Tarpley takes a proactive approach, balancing a wide range of clients and performing at a high level while simultaneously involving everyone on the team. He prioritizes client requests and has a “turn over every rock” mentality on deals. Even when an investor may not be a fit for a deal, he at least shows them the opportunity and it has led to deals getting done with “out of the box” buyers and/or investors that many thought may not be a fit in the first place.