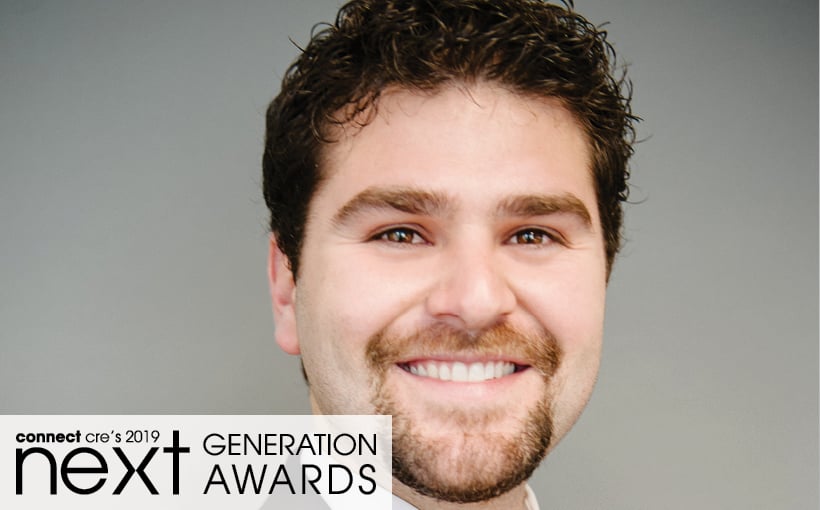 Joining NKF as a market researcher, Zachary LeBeouf has tallied up a string of accomplishments since making the transition to brokerage in 2015. Among these is volume of sales: he has been involved in closing more than $900 million worth of real estate across 10 different states and more than 80 sales transactions.

In the past 18 months alone, LeBeouf closed more than $400 million worth of deals across six states, including California, Illinois, Utah, Colorado, Washington and Nevada. He was named NKF’s National Rookie of the Year for 2016 and has been named to the NorCal Top Performers Club for three consecutive years.

These are just a few of the reasons we chose LeBeouf to be one of the National 2019 Next Generation Award winners. Connect Media’s third annual Next Generation Awards recognize young leaders in the commercial real estate industry who are likely to be influential for years to come.

A key element of amassing this dollar volume has been LeBeouf’s facility for discovering opportunities. Early on, he realized that yields in his primary market were quickly shrinking. This led him to learn and prospect tertiary markets, where he found off-market opportunities with higher yields and more upside potential.

Furthermore, LeBeouf and his partner developed a program to help sellers reinvest their capital. They devised a unique 1031 exchange service, providing a means of turning one deal into two.

Meet the Next Generation Award WinnersConnect With NKF’s LeBeouf