Boston & New England Hub All Markets and Regions
Connect News Commercial Real Estate news for every market and every facet, every day.
Connect Events Live and virtual events bringing together the best of information and networking.
Connect Awards A List of Commercial Real Estate & Submit nominations
Connect Media Kit Advertise, Promote, Attend, Create – Work with Connect.
Connect CREative A full service marketing and PR agency.
About Connect Meet the team behind the machine and taste a little of the secret sauce. 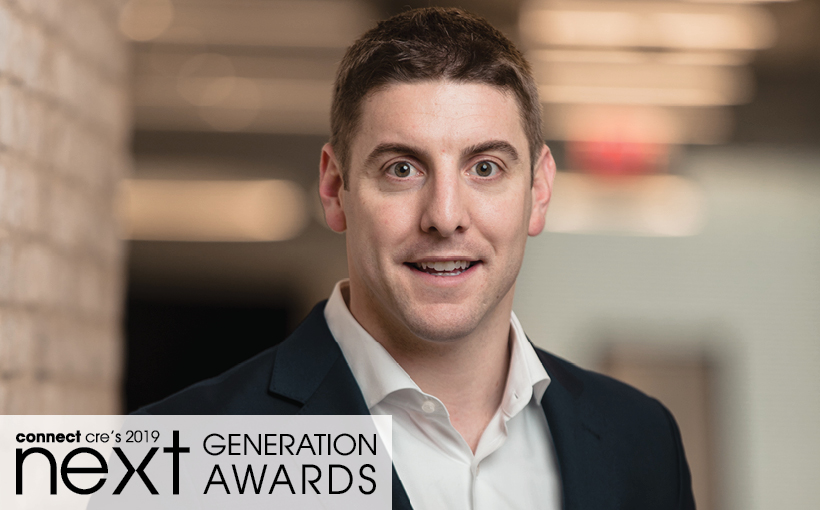 Tim Smits is a key member of Capital One’s Boston Multifamily Finance office. He has overseen more than $2 billion in investments in a relatively short career.

This would have been impossible if not for several uncommon skills, colleagues say. First, Smits is able to cultivate relationships with a wide array of clients, ranging from small regional operators to large institutional funds. His insights into clients’ business goals and how those are impacted by changes in the market allows him to stay one step ahead. His leadership skills are apparent in the execution of his current role, as well.

These are just a few of the reasons we chose Smits to be one of the Boston 2019 Next Generation Award winners. Connect Media’s third annual Next Generation Awards recognize young leaders in the commercial real estate industry who are likely to be influential for years to come.

Smits has financed some student housing deals, which can be challenging as all parties involved weigh the proximity of the asset to campus, along with other factors such as amenities. On one—the Blake, in Savannah, GA—Smits saw early on that not only was it an attractive asset in a prime location, but it was also extremely well-run. He knew that the agencies would have an array of options for the borrower. In the end, this client met its goals, thanks to the opportunity that Smits saw.

Meet the Next Generation Award WinnersConnect With Capital One’s Smits