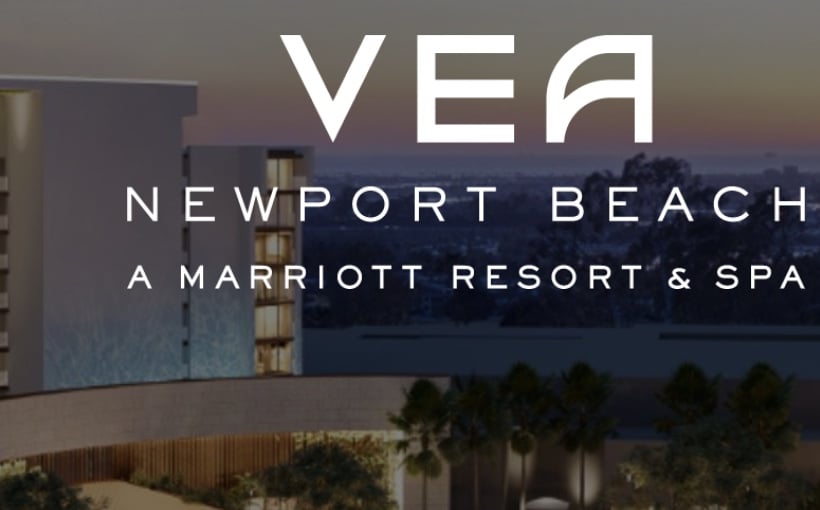 A (mostly) new hotel is launching in Newport Beach, just in time to serve tourists and locals in Spring 2022. In a phrase, the Marriott chain is swapping some branding, but not its ownership: the former Newport Beach Marriott Hotel & Spa will be newly known as the VEA Newport Beach.

Southern California is no stranger to re-brands, re-boots and re-animations – and the VEA is no exception. The property is getting a full-on complement of remodeling, including newly designed guest rooms, two new suite categories, three restaurant and bar concepts, a spa and fitness center, according to a news release. The outdoor and event spaces, plus the pool, also are getting makeovers.

VEA is a locally owned venture, with Eagle Four Partners and Lyon Living partnering for the new hotel and grounds (both firms are Newport Beach-based).

The stunning ocean view will be a centerpoint of the renovation work being done by architecture and design firms HBA, Gensler, Burton Studio and Houston Tyner Architects.