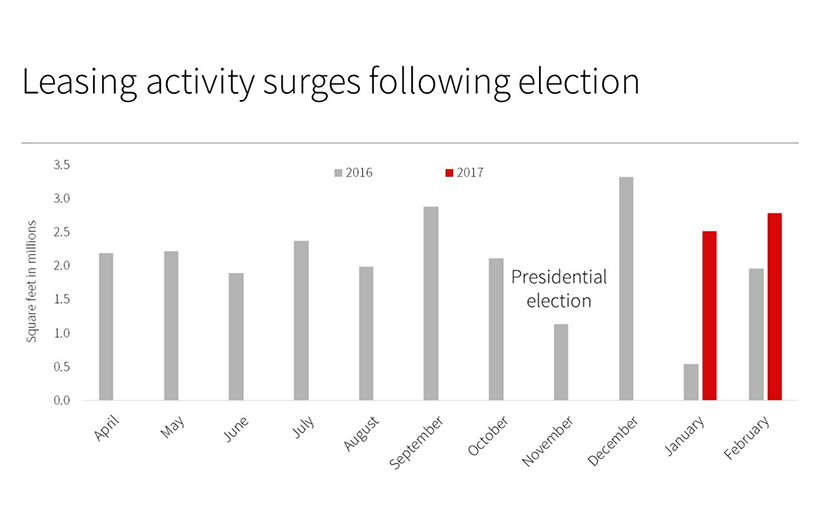 Office space is going fast in New York City. It’s a big change from just a few months ago.

Last year was one of the slowest on record in terms of leasing velocity. Many potential tenants put off signing big leases until after the presidential election. November, which is often a very busy month, was slower in 2016 than August had been, according to JLL’s Chart of the Week.

Since the election, year-over-year leasing activity has more than doubled.