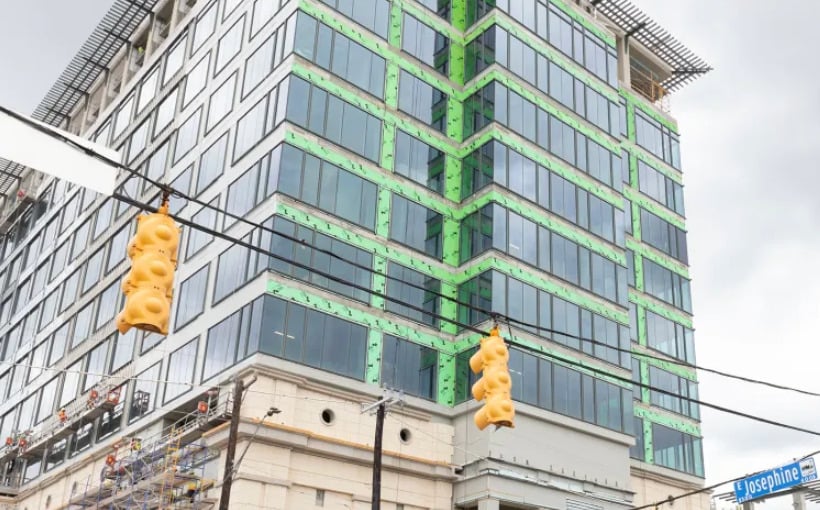 The nearly completed Jefferson Bank Tower rises 13 stories and the bank hopes to start moving employees from a number of various banking centers and administrative offices into the building in November. The bank expects to take up four floors, about 118,000 square feet of the new building. “We’ve been around for 75 years and this is the biggest think we’ve done,” said Jefferson Bank’s Larry Ratcliff.

The remaining space will be available for lease. The law firm Jackson Walker has tied up the 11th and 12th floor. The building will include a fitness center and lounge, conference suites, “huddle rooms”, and a centralized “work cafe”. HKS designed the exterior, Gensler the interior. Joeris is the builder.

The site is nearby the popular Pearl, a former brewery that has been turned into a mixed-use project featuring numerous cultural and food experiences. It’s also near a number of other banking centers, such as Credit Human and Bank of America.