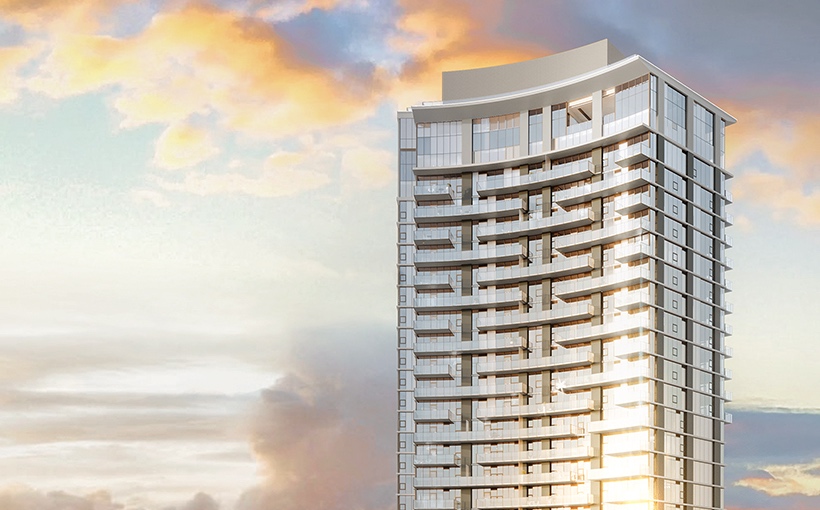 Civic-duty adjacent, a vacant city block across from Seattle City Hall is about to be occupied with a 57-story building, sporting 422 condominium residences from Bosa Development, according to a news release.

Based in Vancouver, B.C., Bosa Development says construction is about to begin on the building located at 339 Cherry St., between Third and Fourth avenues. The single tower will feature those condos, 15,000 square feet of retail space on the ground level and 25,000 square feet for a public plaza.

A quote from the release:

“We’re thrilled to start construction on our new project and bring life to this long-vacant city block,” said Ryan Bosa, president of Bosa Development. “It is destined to become the most transformative new development in downtown Seattle, enriching the urban fabric within the core of the city.”

Like many developments of all stripes, proximity to Seattle’s light-rail system seems a key feature.

With more than 100,000 people living actively in downtown Seattle, the new tower is located within close walking distance transit, as well as other iconic venues like Pike Place Market, the Seattle Art Museum, and the newly revived Seattle Waterfront.

The public-park space is to be designed by James K.M. Cheng Architects and landscape architect PFS Studio, replete with a water feature that complements Seattle’s City Hall and cascades down James Street toward Third Avenue.