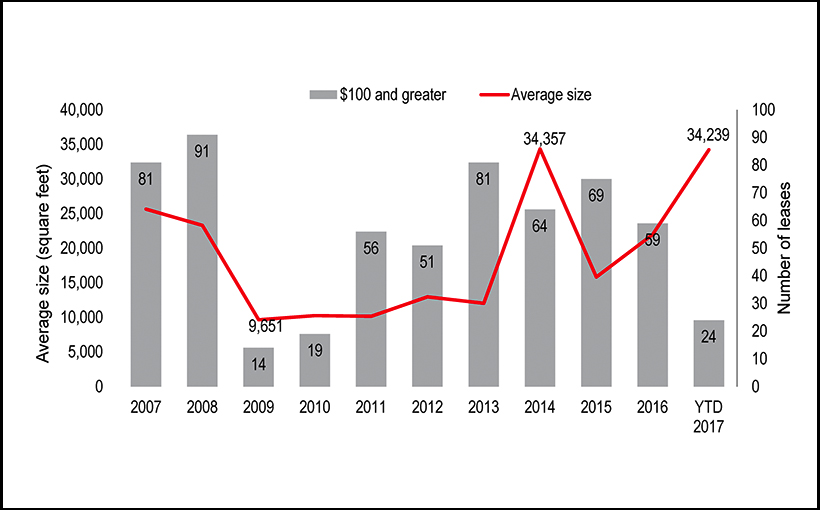 Over the last two years, the most expensive new leases have gotten much larger on average, as tenants have opted to pay a premium for big spaces in new buildings on Manhattan’s West Side and Midtown South, according to new research from JLL.

Leases with starting rents of $100-per-square-foot or more qualify as “top-tier” according to JLL. These leases have typically been confined to hedge funds and other high-end financial tenants in a handful of Plaza District buildings.

A few very large leases make a big difference to the numbers. The average size for top-tier leases since 2007 has been 20,622 square feet, but the median is much lower at 9,813 square feet.