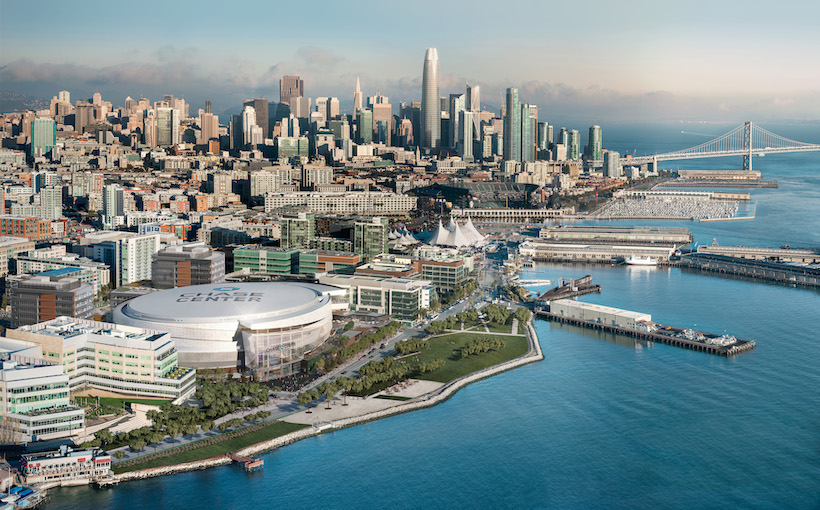 Chase Center, the new arena of the NBA’s Golden State Warriors in San Francisco’s Mission Bay, may have a new addition. A 142-room hotel and up to 25 upper-floor condos are being proposed at the 11-acre project site, near South Street and Terry A. Francois Boulevard.

The property would be branded as a 1 Hotel, and operated by Starwood Capital Group’s SH Hotels & Resorts. The 18,000-seat arena is set to open in the fall, along with 100,000 square feet of retail and restaurant space, and 580,000 square feet of office space that’s already been claimed by Uber.

The hotel and condo project would replace an approved 24,000-square-foot retail building, but approvals from the city need to be secured. The team envisions construction commencing by mid-2021 and delivery in 2023.

The Warriors’ President and Chief Operating Officer Rick Welts told the San Francisco Chronicle that neighboring businesses and residents have expressed a need for a hotel in a market where there’s demand for housing and restricted supply.