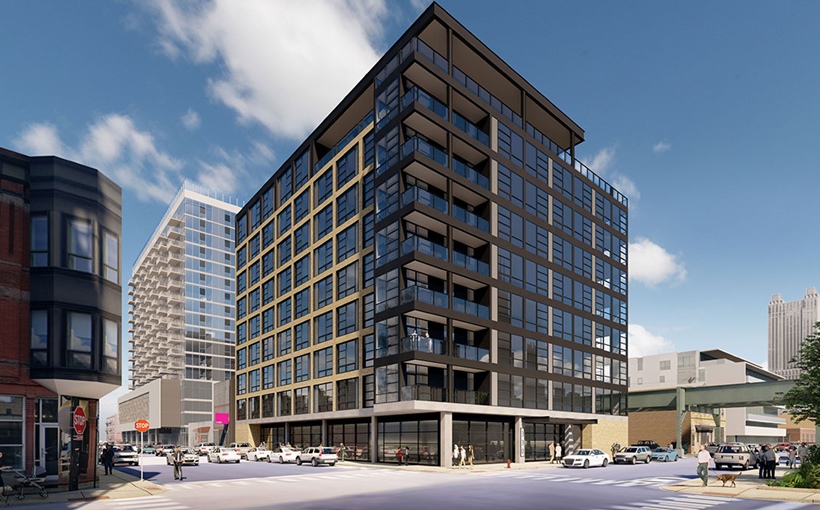 Chicago commercial real estate developer Draper & Kramer has unveiled plans for a 129-unit apartment building at 330 W. Chestnut on the Near North Side of Chicago, an area already crowded with new residential development plans and projects.

To give an idea of the enormous supply set to hit the new apartment marketplace in Chicago’s Near North, the massive North Union residential project already started by JDL Development is only about a block away from Draper and Kramer’s proposed new project.

While only 1,300 new apartments are slated for completion this year in downtown Chicago, due to a slowdown driven by COVID, new apartment construction will roar back in 2023 with over 5,500 new units planned.

Draper & Kramer VP Gordon Siegenhagen told Connect CRE, “We are currently in the early stages of planning and look forward to working with the city and local stakeholders to finalize a plan for this site.”