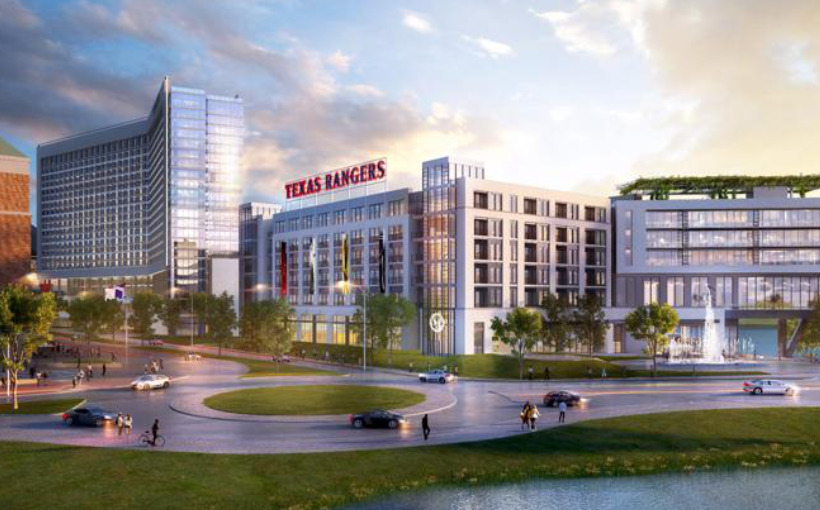 With a lot of fanfare, the Cordish Companies announced that it was going to build a 300-unit residential community in the Arlington Entertainment District. One Ranger Way will be located at Nolan Ryan Expressway adjacent to Choctaw Stadium.

The apartment homes will be part of the master planned development known as Texas Live! which opened in 2018. The district is currently home to Globe Field, Choctaw Stadium and AT&T Stadium. The Lowe’s Arlington Hotel and Convention Center is currently under construction in the district.

The 300 units at One Rangers Way will include a mix of 1, 2-bedroom and penthouse apartment homes as well as a parking garage for 423 spaces.

In addition, the community will feature an infinity edge pool, fitness facilities, exclusive events and a concierge service.