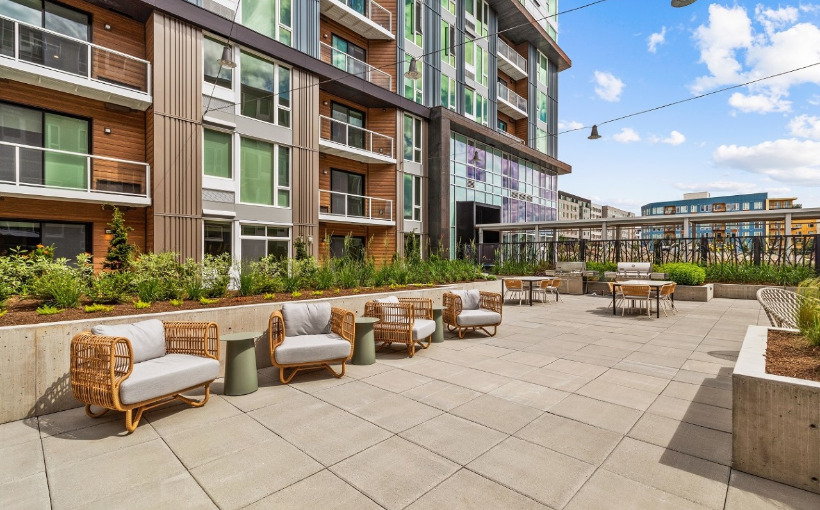 The first phase of Verde at Esterra Park, a sustainably-designed apartment property, is welcoming new residents into its 345 just-completed units in Redmond, WA. The project is both carbon-neutral by design, and according to a news release, also focuses heavily on the eco-conscious choices by residents to extend green-design into green-living.

“Building to the latest in sustainable design, LEED Zero Carbon, is a big step in itself, but we also thought Verde would attract residents who want to adopt a low carbon lifestyle and put their spending power and daily choices to good use,” said Mike Hubbard, Principal of Capstone Partners, the community’s development firm. Sixty-five percent of all-electric Verde has already been leased.

The 291-unit second phase of Verde will be the last component of the 2.8-million-square-foot mixed-use Esterra Park development which began in 2013. When complete, the project will include 2,600 apartments, 245,000 square feet of office space and a hotel.