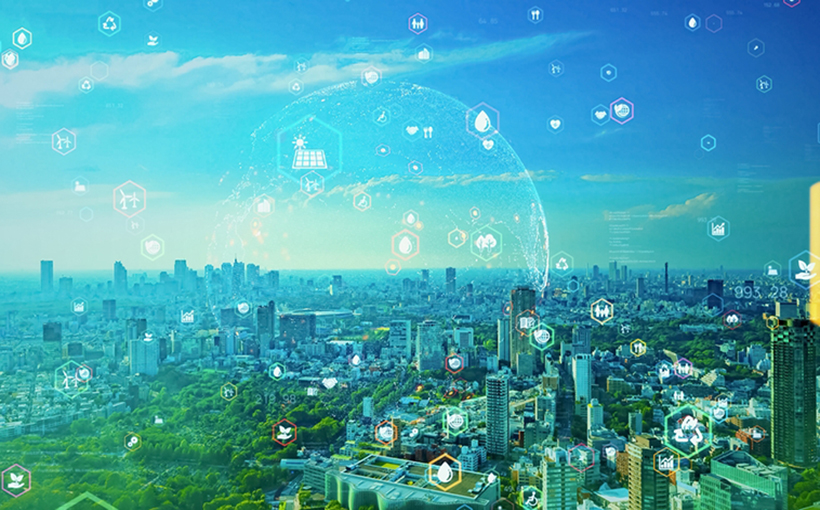 Although newer office buildings have almost always come at a premium to older stock, the gap is widening at an accelerating rate due to companies hunting for sustainably designed buildings and high-quality amenities, according to JLL.

In the U.S., occupancy of new offices has remained steady for over a year, even with new stock being built. Meanwhile, older buildings have been thinning out, with a pre-COVID vacancy of 13.5% rising to 19% in the third quarter of 2022.

Occupiers’ preferences are in large part determined by their carbon net-zero goals and efforts to meet the demands of a new generation of workers. “More companies are releasing carbon neutral or carbon reduction statements, and one of the ways they are meeting their objectives is by moving into office buildings that have high sustainability credentials,” says Paul Chapko, research director at JLL.

There is a significant disparity between the number of buildings with a defined decarbonization pathway and the number of tenants committing to net zero.

Of 405 occupiers surveyed for JLL’s Decarbonising the Built Environment report, 39% had adopted a Science-Based Target, which is the gold standard for corporates making a net zero commitment. An additional 30% expected to adopt a Science-Based Target by 2025, bringing the total figure to 69% by 2025.

“This year, most of our clients have upgraded from leases in buildings with lower sustainability credentials, to buildings with the best credentials, better entry experiences, end-of-trip and wellbeing facilities third space and placemaking activations,” says Sherrie Jones, workplace strategy lead at JLL. “They’ve also made significant investments in achieving the highest possible Green Star certification rating for their new office fit-outs.”

In the Northern Hemisphere, the rate of retrofitting existing buildings to meet minimum decarbonization targets needs to triple from barely 1% today to at least 3%. An estimated US$3 trillion is required in the office sector to meet these targets, according to JLL.

But cost is one of the biggest stumbling blocks to action, particularly for buildings where the investment required to bring buildings into compliance outweighs their value. These are known as stranded assets.

In some places, those assets are no longer selling, Guy Grainger, JLL’s global head of sustainability and ESG, said during a panel on climate finance.

“Six months ago, you could sell off stranded assets and someone would buy them,” he said. “We’re seeing real evidence that that’s not happening now, particularly in Europe. Those assets are becoming illiquid.”

Since the return on sustainability investments is often undervalued, building owners need to look beyond operating costs to assess the impact on a building’s overall value, says Greg Bolino, head of global sustainability strategy and assets, JLL.

“Take a building that today is worth $100 million and requires a $15 million upgrade,” he says. “That may never pencil out on an operating-cost break-even basis.

“But as tenant demand for low-carbon buildings accelerates, there’s a risk that the building’s value falls because it’s unable to meet the tenants’ low-carbon targets, which in turn affects the number of potential future buyers. On the other hand, low-carbon space can earn a substantial premium from retrofit investments.”