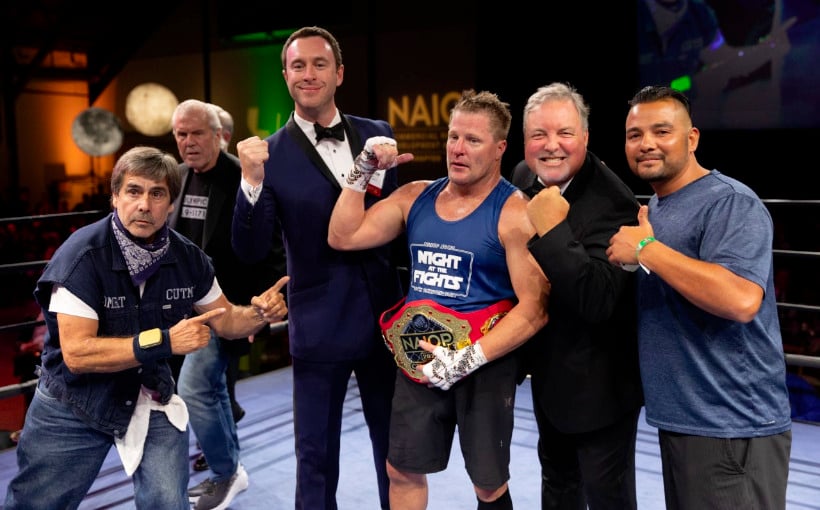 NAIOP SoCal “Night at the Fights” Packs a Wallop

A record crowd of nearly 1,000 commercial real estate professionals were treated to boxing, cocktails and dinner in a Galaxy Far, Far Away at the annual NAIOP SoCal Night at the Fights, at the OC Fair & Event Center, Hangar Building in Costa Mesa, CA. The black tie event, held on October 6th, featured two professional bouts and one bout between CRE industry pros, all centered around a Star Wars theme.

“Everyone had a fantastic time at this year’s Night at the Fights. The record attendance proved that everyone was ready to get out and network,” said Tim Jemal, CEO of NAIOP So Cal. “I want to thank our industry boxers who bravely entered the ring and demonstrated sportsmanship while entertaining our event crowd.”

NAIOP Night at the Fights