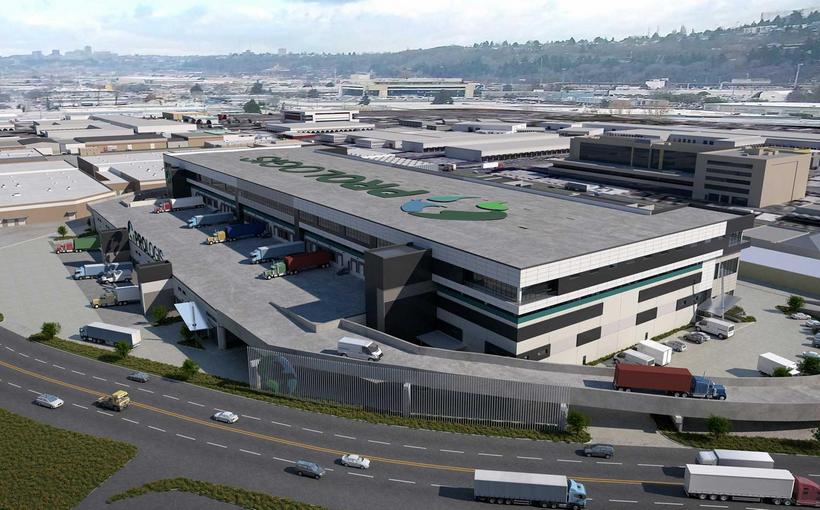 Multistory Warehouses in the U.S. Still on Horizon

Multistory warehouses in theory make sense as a means of overcoming the shortage of buildable land for new infill development. However, although a handful of U.S. markets are conducive for developing these structures, conditions in general still aren’t as ideal in the U.S. as they are in Asia and Europe, CBRE says in a new report.

The key variables for multistory warehouse development are high population density, strong e-commerce penetration and tight market conditions for suitable last-mile fulfillment buildings and development sites. That would appear to check off all the boxes for a number of industrial markets in this country, but one key difference between the U.S. and overseas is land costs.

Yes, domestically they’ve more than doubled over the past five years to about $30 per buildable square foot. However, CBRE says, “land prices and rents in cities such as Hong Kong, Tokyo and London remain twice to three times more expensive than in U.S. cities.” That represents an added inducement to multistory development in those overseas markets, which also tend to be more densely populated than their American counterparts.

There’s also a snag to overcome. That’s the size of American tractor-trailers—CBRE cites an average length of 53 feet—compared to the smaller trucks that are commonly used in European and Asian logistics operations, and better fit the scaled-down footprints of multistory structures.

Assuming that either accommodations can be made to the larger trucks or more compact ones can be brought into service here, and that a few other adaptations are made, CBRE sees New York City, San Francisco, Miami, Chicago, Los Angeles and Seattle as offering the most favorable conditions for development of multistory warehouses.

In fact, CBRE has identified at least five multistory warehouses that are underway or in the pipeline in the New York City, Seattle and San Francisco markets. The most tangible example is Prologis’ three-story, 590,000-square-foot Georgetown Crossroads in Seattle (pictured), scheduled to open this month and reportedly the first of its kind in the U.S.

“If successful, these new projects could set an example for developers in other cities that face similar conditions,” according to CBRE.

“Multistory warehouses are an emerging phenomenon in the U.S., but they might pencil out only in the densest neighborhoods and cities,” said David Egan, CBRE’s global head of industrial & logistics research. “We might need to see some additional adaptations that are common in Asia and Europe, such as smaller delivery trucks, which allow for tighter ramps and, in turn, smaller building footprints.”