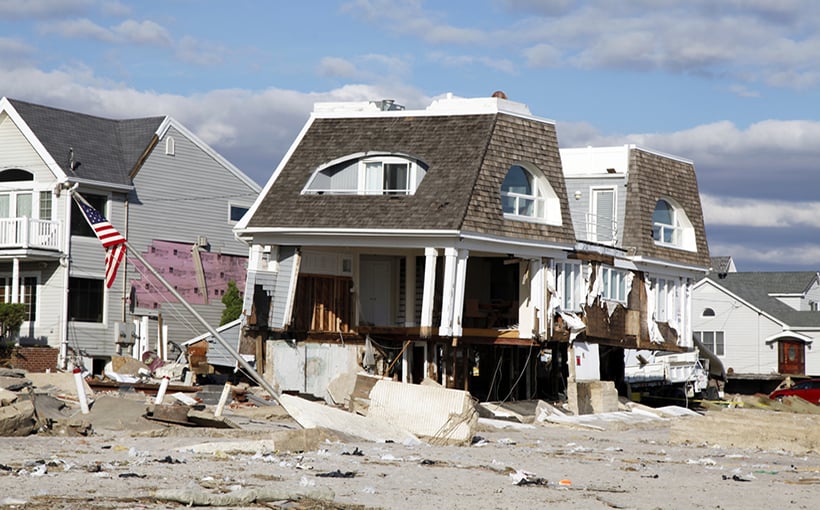 When Hurricane Ida roared ashore in August 2021 as a Category 4 hurricane, the storm left behind property damage in excess of $44 billion as it churned through Louisiana and the east coast of the U.S. The storm also boosted shelter costs and mortgage delinquencies.

Fast-forwarding to now, the National Oceanic and Atmospheric Administration (NOAA) is predicting an above-normal 2022 Atlantic hurricane season, with an anticipated 14-21 named storms, 6-10 hurricanes and 3-6 major hurricanes. The reason behind NOAA’s forecast is the ongoing La Nina, warmer-than-average sea surface temperatures in both the Atlantic Ocean and Caribbean Sea, weaker tropical Atlantic trade winds and a larger west African monsoon. The hurricane season began on June 1 and will continue through November.

In light of this, CoreLogic’s 2022 Hurricane Report 2022 identified more than 31 million single-family homes and almost one million more units in multifamily properties that could be at moderate or greater risk from a hurricane’s damaging winds in the coming year. Additionally, more than 7.5 million of those homes have direct or indirect coastal exposure, which could enhance the risk of damage from coastal storm surge.

“This hurricane season could be particularly severe for the U.S. Gulf Coast due to warmer-than-average Atlantic Ocean temperatures, an ongoing La Niña, and a stronger than average loop current in the Gulf of Mexico,” said Daniel Betten, Chief Meteorologist at CoreLogic.

While Gulf Coast and mid-Atlantic states might typically come to mind when discussing hurricane damage, CoreLogic reports that the New York City metro is at the highest risk from such storms, with more than 4 million homes at risk from hurricane winds, and almost 1 million at risk from storm-surge flooding. From a monetary standpoint, this means a potential $433 million in reconstruction cost value from storm surge damage, and a possible $2.2 trillion in reconstruction cost value from wind damage.

Moving down the coast, the Miami, FL metro has the next-highest risk, with 770,000 single-family and multifamily homes potentially exposed to storm surge, resulting in a potential reconstruction cost value of $193 billion. More than two million Miami metro single-family and apartment residences are at risk from wind damage, at a potential reconstruction cost value of $521 million.

At the state level, Florida, Louisiana and New York are at the highest risk of storm surge and wind damage, while Texas tops the list for hurricane wind risk, with more than 8.8 million homes exposed.

The CoreLogic report indicated that, while it’s impossible to stop natural disasters from taking place, homeowners, renters and those that insure them should take steps to ensure that what needs to be covered is covered. “Homeowners should work with their insurance provider to evaluate their home’s susceptibility to hurricane risk, and keep their homes protected,” the report added.