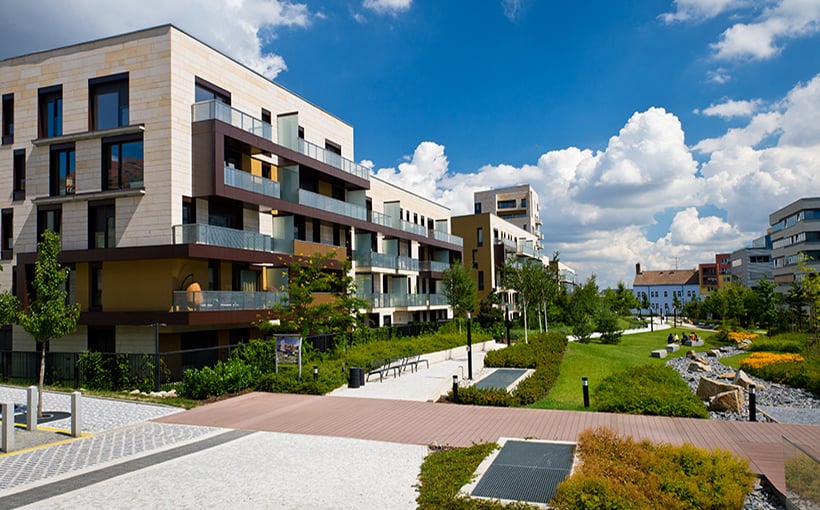 Unless there’s a successful outcome from one or more of the lawsuits against it, the federal moratorium on evictions is currently in effect until Oct. 3 for much of the country. What will happen when the moratorium finally is lifted, more than a year after the Centers for Disease Control and Prevention imposed it?

Cushman & Wakefield’s Kristina Garcia and David Bitner posed that question; their findings appear in a Research Spotlight report. The short answer is that while eviction rates are likely to increase, and more so in some markets and asset classes than in others, a wave of evictions doesn’t appear likely.

Based on a weekly survey of around 70,000 households that began early in the pandemic, the U.S. Census Bureau estimates there were 7.4 million households behind on their rent, or 16% of all rental households, as of July 5. “Of these, 1.4 million or 3% of all renter households reported that they are ‘very likely’ to be evicted in the next two months, which increases to 8% if you include those who were ‘somewhat likely,’” Garcia and Bitner write.

Conversely, Moody’s Analytics looked at a variety of data and estimated that there were closer to 5.6 million delinquent renters in June, down from 9.4 million in January. That’s quite a gap, and Garcia and Bitner note that the Census Bureau projection has two major problems. One, the sample size is relatively small; and two, there are no pre-pandemic data against which to benchmark the Census Bureau’s estimate, “making statistical extrapolation even more fraught. A 16% delinquency rate in this data has a very different interpretation if the pre-pandemic rate was 10% than if it were 5%.”

That being said, Garcia and Bitner note that the NMHC and Cushman & Wakefield data are based on sets of professionally managed properties, while the Census Bureau data includes tenants of small landlords as well.

“Unless the Census Bureau data vastly oversampled the latter group, this difference would not be enough to account for the discrepancies, but it is consistent with the observation within the Census Bureau data that 73% of delinquent renters earn less than $50,000 a year,” they write. Cushman & Wakefield asset services data corroborate this point, reporting that Class C delinquencies have risen most significantly and have been slower to normalize, though they too have been improving.

Garcia and Bitner conclude that elevated delinquency and therefore the risk of an eviction wave coursing through the professionally-managed multifamily markets, let alone institutional grade, is “highly unlikely to occur either now or in the future. Moreover, the risk of this is declining daily as labor markets across the country continue to recover.”

They note that the risk is notably higher for lower quality properties, including the small landlord sector. However, the risk is further mitigated by the continued rollout of federal emergency rental assistance programs, although rollout at the state and federal levels has been slow.

“Fortunately, disbursements are ramping up rapidly now and most state programs either require or heavily encourage landlords not to evict in exchange for participating in these programs,” write Garcia and Bitner. “Realistically, these programs represent the only way for these landlords to be made whole in the case of the more financially distressed renters. The implication is that even where delinquencies are elevated, landlords have strong incentives not to suddenly evict every delinquent renter.”