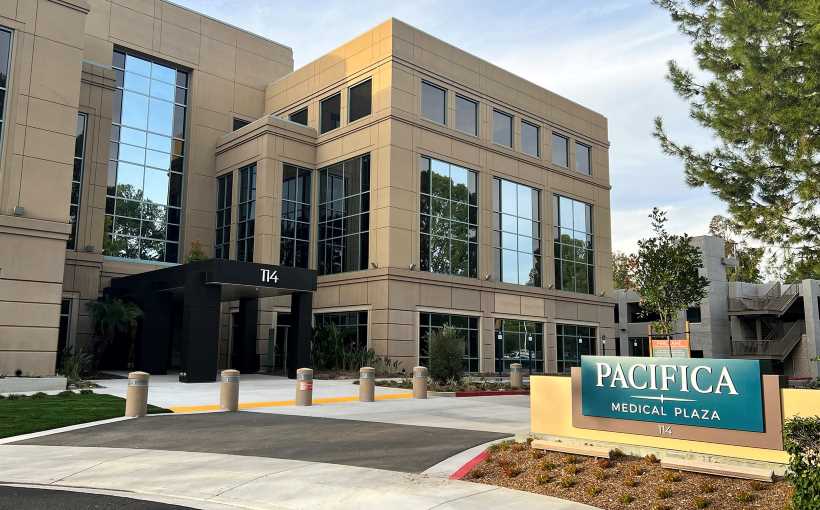 “This was a very speculative project, but all of the fundamentals were in place to give us confidence in our business plan,” said R.J. Sommerdyke, Meridian vice president, acquisitions. “In addition to being one of the fastest-growing cities in the state, Irvine has one of the tightest medical office markets in Southern California with extremely high barriers to entry. Pacifica Medical Plaza has great freeway visibility and large flexible floorplates that can accommodate a variety of uses such as surgery centers, imaging clinics, etc. These large blocks of space are rarely available in Irvine and are in high demand by medical providers looking to grow or consolidate space near their patients.”

The property sits on a 4.8-acre parcel bordered by the Interstate Highways 405, 5 and 133 within the Irvine Spectrum.

“The property is centrally located to what is quickly becoming a medical hub in Orange County. City of Hope’s $1 billion Cancer Center is slated to open this year and Hoag Hospital recently announced a $1 billion expansion project at its Irvine Hospital, which will double the size of that campus. Both projects are within 1.5 miles of Pacifica Medical Plaza,” reports Sommerdyke. “We have secured multiple leases to medical tenants and are in the process of negotiating several more leases, which will account for roughly 50 percent of the building. Several tenant buildouts are already underway and first move-ins for medical tenants are expected to occur in April of this year.”