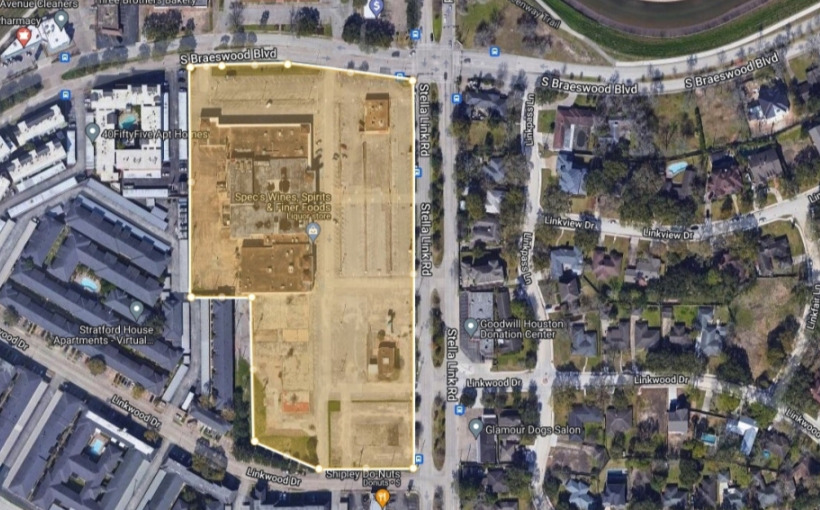 Mixed Use Project Announced for Braes Heights Section of Houston

Demolition is underway on a former Sellers Brothers grocery store in SW Houston, in order to make way for a proposed 10-acre mixed-use development at the corner of Stella Link Road and South Braeswood Boulevard. Barvin, known for its multi-family communities, is taking its first stab at a mixed-use project in Houston. They currently own a few other mixed-use properties in Austin, Dallas and Fort Worth.

The site will be a combination project featuring two multi-family housing projects with 640 rooms in all. In addition, 25,000 square feet of retail and dining space will be included. The airy project will include public plazas and expansive green spaces.

Barvin purchased the site in 2019. Demolition is expected to finish this week. The company says construction should begin in 2023, with the final phase slated for 2026. GFF served as the architect for the project, and Brownstone will serve as the general contractor.