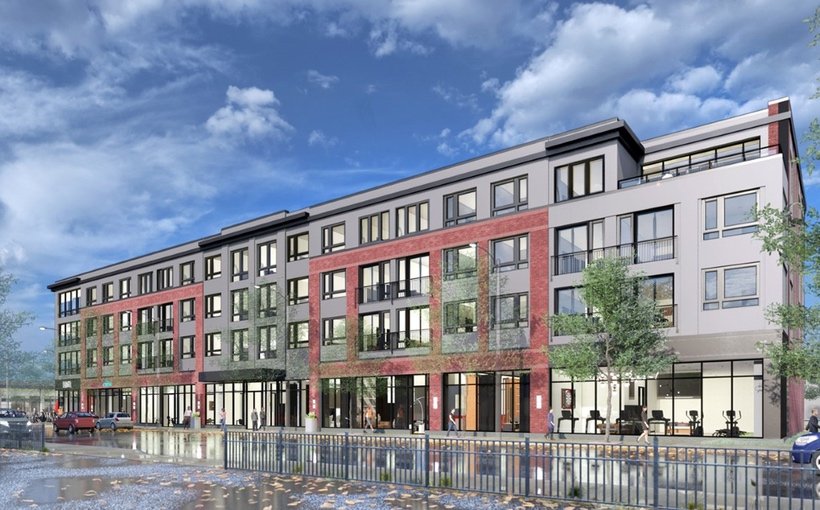 James McHugh Construction Co. and Brown & Momen, Inc. launched construction on 508 Pershing at Oakwood Shores, a 53-unit mixed-use, mixed-income rental community in the South Side’s Bronzeville neighborhood. As part of a public-private partnership led by The Community Builders, the residential and retail building marks the latest phase of the larger Oakwood Shores revitalization plan, which encompasses more than 100 acres.

“Between Oakwood Shores and what’s under consideration for the former Michael Reese Hospital site, there’s a real energy and enthusiasm around the continued revitalization of Bronzeville, and we’re honored to be part of creating a thriving, mixed-income community for the neighborhood,” said Mike Meagher, president of McHugh Construction.

The four-story building will include 50 one-bedroom and three two-bedroom units, 7,000 square feet of amenity space, management offices and 3,500 square feet of street-level retail. Completion of the project is scheduled for February 2022.